The quake jolted the Sivrice district in the eastern province of Elazig at around 8.55 pm local time 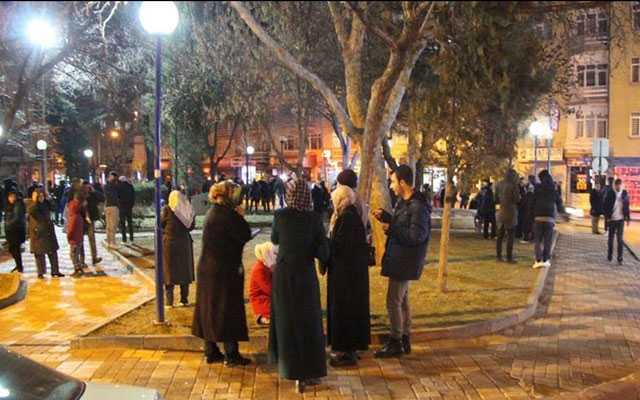 A powerful 6.8 magnitude earthquake shook eastern Turkey on Friday, leaving at least four people dead and causing buildings to collapse, according to the initial reports, said the country’s interior minister.

According to details, the quake jolted the Sivrice district in the eastern province of Elazig at around 8.55 pm local time (1755 GMT).

Turkey’s Disaster and Emergency Management Presidency (AFAD) first announced the quake with a magnitude of 6.8, but Kandilli Observatory and Earthquake Research Institute in Istanbul revised the figure to 6.5 shortly after the announcement. While the US Geological Survey measured the quake´s magnitude at 6.7 and said it struck at a depth of 10 kilometers (about six miles).

Terrifying images and videos from earthquake effected areas have started to apear on social media:

The country’s Interior Minister Suleyman Soylu said a total of four individuals lost their lives due to the quake while about a dozen people were injured.

“Search and rescue teams were sent to the region, and further information is yet to come,” Soylu said, adding that some buildings in the city center were damaged.

The Turkish minister also said that rural villages might have suffered damage to some extent, without giving further details.

It is worth noting here, Turkey lies on major fault lines and is prone to earthquakes.

A devastating 7.4 magnitude earthquake, back in 1999 hit Izmit in western Turkey, leaving more than 17,000 people dead including about 1,000 in the country´s largest city Istanbul.

In September, a 5.7-magnitude earthquake shook Istanbul, causing residents to flee buildings in the economic capital.

Authorities have long cautioned about a quake that could devastate the city of 15 million people, which has allowed widespread building without safety precautions.