Shahbaz Gill sent back to jail on judicial remand

The PTI leader was brought before the Islamabad district and sessions court today after the completion of his two-day physical remand. 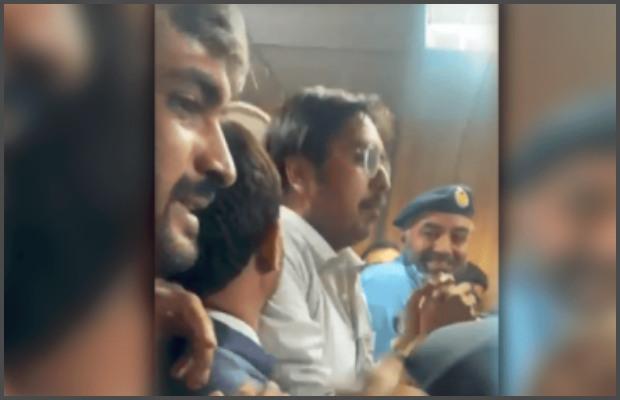 Shahbaz Gill has been sent back to jail on judicial remand on Wednesday.

The development comes as the Islamabad district and sessions court rejected the federal capital police’s plea for an extension in the physical remand of PTI leader Shahbaz Gill.

The judgment comes as the two-day period of Gill’s remand expired which was approved last Wednesday.

The Islamabad police also asked the court to grant judicial remand of the PTI leader in an arms recovery case.

The PTI leader was brought before the Islamabad district and sessions court today after the completion of his two-day physical remand.

The Islamabad police along with apprising the court about the investigation pleaded to grant another seven-day physical remand.

The prosecutor argued before the court that they need to further investigate and therefore request an extension in the remand.

Special Prosecutor Raja Rizwan Abbasi pointed out that in a separate but related case registered against Gill on charges of possessing unlicensed weapons, the PTI leader’s judicial remand had been sought.

The judges also inquired whether the request for a polygraph test was not made during Gill’s last remand.

To which the prosecutor clarified that the request was not made during the last remand period but the one that was suspended prior to that.

The court ordered the re-appearance on August 24 and directed the Islamabad police authorities to provide full facilities and to further arrange a meeting of the accused with the lawyers and family.

PTI leader Shahbaz Gill has been booked and arrested on charges of sedition and inciting mutiny in the army following his controversial remarks on ARY News.