Shahbaz Gill still an employee of University of Illinois Urbana-Champaign and with annual salary $124,770.92

He has declared his American permanent residency with the Cabinet Division but there is no mention of his salary and employment with the American public university. 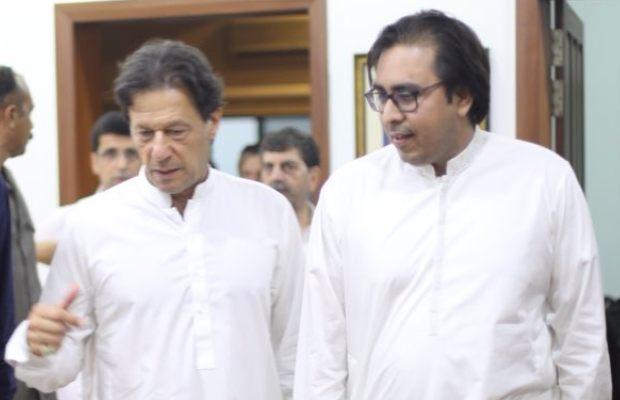 SAPM Shahbaz Gill is still on the payroll of American public university, a report emerges today.

Prime Minister’s spokesperson has not declared his salary and employment in the assets submitted to the Cabinet Division.

It is pertinent to mention here that as per Prime Minister’s directives, all the Special Assistants to Prime Minister (SAPM) and Advisers are bound to declare their assets and liabilities with the Cabinet Division in a prescribed declaration form.

However, it’s not the same as per The News report in the case of Shahbaz Gill.

The News, a Local publication in its March 31 report has asserted that Special Assistant to Prime Minister Muhammad Shahbaz Shabbir (Gill) is employed as a Clinical Assistant Professor at the University of Illinois Urbana-Champaign.

The News report claims that the University of Illinois Urbana-Champaign has confirmed above in a written reply to the publication that he is still a university employee and his annual salary is $124,770.92.

Mr. Gill, according to the university’s official reply, is teaching Management and Organizational Behavior, Principles of Marketing, and Principles of Retailing quoted The News.

Gill is also a permanent resident of the United States (US green card holder), apart from his foreign employment,

At the cabinet division, Shahbaz Gill has declared his American permanent residency but there is no mention of his salary and employment with the American public university.

Nowhere in the assets and liabilities form released by the Cabinet Division does it reflect that Gill has declared his foreign salary or employment.

He, however, has declared some properties in Pakistan and a house in the United States as well as some amounts (Rs11,900,000 and $40,000) in the category of receivable.

As per the statement of assets and declaration, Gill and his family have Rs3.76 million cash in hand.