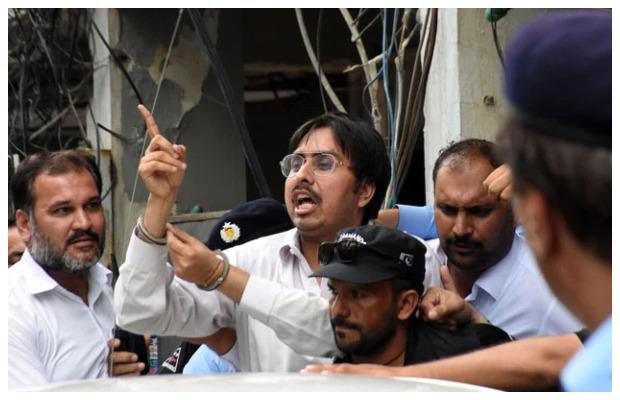 Shahbaz Gill’s bail plea in Sedation Case has been disposed of by the Islamabad High Court (IHC) on Tuesday.

The district and sessions judge announced the reserved verdict on PTI Leader Shahbaz Gill’s bail plea after hearing in-length arguments from both parties.

The detailed verdict will be released shortly.

Shahbaz Gill has been booked in a sedition and arms recovery case and is in jail after he was sent on judicial remand following back-and-forth hearings and his counsel’s repeated allegations against the Islamabad police.

However, his bail in the arms recovery case has already been approved.

A day earlier, the court was apprised by Shahbaz  Gill’s lawyer that his client was ready to apologize for any misunderstanding in the case regarding inciting mutiny in the army.

At the outset of the hearing, Special Prosecutor Raja Rizwan Abbasi had argued that sedition was committed ‘clearly’, adding that the words of the accused Gill were not excusable in any way.

He had said that the accused had spoken against officers of the state institution in an organized way.

Through his remarks, Gill tried to involve the sensitive institution in politics; he added.

The defence lawyer Burhan Moazzam told before the court that the statement of his client was twisted and a first informant report (FIR) was registered against him.

He said that his client was ready to remove the misconception and tender an apology.

The lawyer added that his client was not as ‘mad’ that he would speak against the country.

“Gill is an educated person who was given award three times for the best professor in the US,” he said.

He claimed, that the strategic media cell wanted to create a clash between the PTI and a state institution.

The lawyer added that his client respected the state institution and was standing with them.