Islamabad police said that the driver was believed to be in possession of Shahbaz Gill’s primary phone. 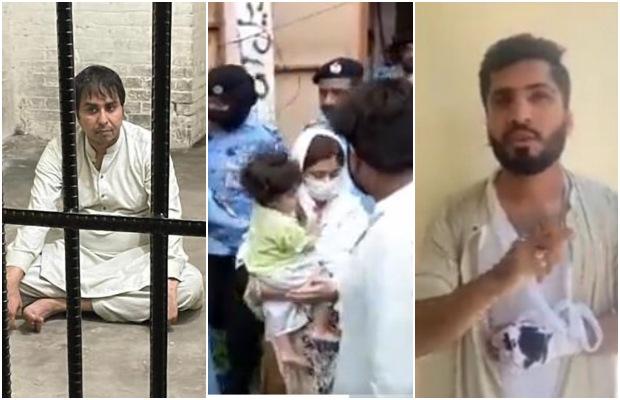 Shahbaz Gill’s driver is still not found, while Islamabad police arrested the driver’s wife and brother-in-law on Thursday.

As reported, Islamabad police on Thursday recovered the cell phone of Pakistan Tehreek-e-Insaf (PTI) leader Shahbaz Gill during a raid on his driver’s house.

The police said that as they raided Gill’s driver Izhar’s home he managed to flee, however, they took his wife and his brother-in-law into custody.

During the raid, police arrested the wife of Shahbaz Gill’s driver Izhar and also registered a case against the incident at Aabpara police station.

The police said that Izhar’s wife and brother-in-law attacked the police personnel.

The police maintained in the first information report [FIR] that the accused not only ripped the clothes of the police raiding party but also snatched cell phones from them.

“Dr. Shahbaz Gill had revealed giving the cell phone to his driver. The police, on Shehbaz Gill’s identification, carried out the raid to recover the mobile phone,” it added.

“The absconding driver Izhaar and his other accomplices will be arrested soon,” according to Islamabad police.

Later in the day, the police produced the driver’s wife and brother-in-law in court.

While the 10-month-old daughter of the driver was handed to the mother on Judge’s order. She will be spending the night in the lockup along with the mother.

The police have also approached the duty judge seeking a search warrant for Gill’s residence and office.