Shahbaz Sharif elected as the 23th Prime Minister of Pakistan

The PTI has boycotted the election of the prime minister, even though it had nominated Shah Mehmood Qureshi as its candidate. 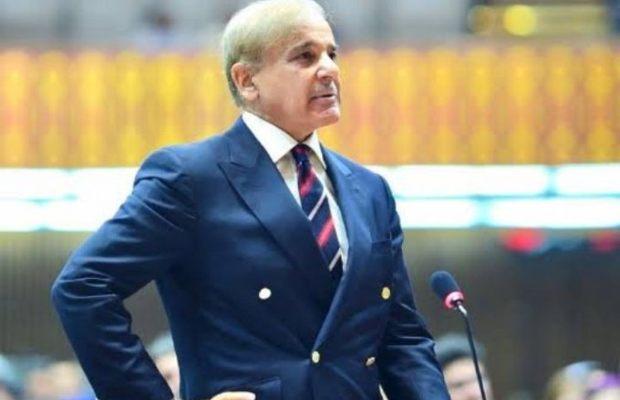 The PTI has boycotted the election of the prime minister, even though it had nominated Shah Mehmood Qureshi as its candidate.

The poll was conducted under the chairmanship of MNA Ayaz Sadiq.

Today’s NA session formally started after a brief delay with a recitation of the Holy Quran and naat, with  Deputy Speaker Qasim Suri in the chair.

Qasim Suri addressed the house stating that voting has already been done on the no-trust motion [against Imran Khan] and there has been enough debate over the ruling he gave on April 3, which blocked the no-trust vote against Khan.

“Complying with the court’s orders is mandatory for everyone, but I want to put the reasons and basis of my ruling before you.

“I made the decision as a patriotic Pakistani, as a guardian and speaker of the NA,” he said.

“I want to tell you that the foreign cable was deliberated over during the meetings of the federal cabinet, the PCNS, NSC and it was agreed that the no-confidence motion against Khan is a foreign plot,” he added.

He went on to say that the last cabinet meeting that was held on April 9, 2022, decided to declassify the foreign cable.

Suri added that the cable was then received by former NA speaker Asad Qaiser, who closely read it.

Suri while flashing the “cable”, said that he also received it as the deputy speaker.

“In this cable, Pakistan has been openly threatened,” he said adding that the cable was received before the motion of no-confidence was submitted against Khan.

He questioned if it was Khan’s fault that he talked about an independent foreign policy or spoke for the honour of Prophet Muhammad (PBUH), or fought the case against Islamophobia.

The deputy speaker asked if Pakistan is not a free country.

“Was Khan punished for not accepting slavery?” he questioned.

Deputy Speaker NA Suri then announced that he will send the declassified cable in a “sealed” envelope to the Chief Justice of Pakistan.

Suri concluded by saying that he has accepted the apex court’s decision to reverse his ruling and the restoration of the Assembly as it was, and has tried to run parliamentary affairs as per NA rules and the Constitution.

He then allowed former foreign minister Shah Mahmood Qureshi to address the house.

According to the news source, the new cabinet of PML-N will comprise 12 ministers. The PPP will have seven, and the Jamiat Ulema-i-Islam (JUI-F) will be given four ministries. Meanwhile, Muttahida Qaumi Movement-Pakistan (MQM-P) will have two, and Awami National Party (ANP), Jamhoori Watan Party, and Balochistan Awami Party will have one each.