FIA authorities told Shahbaz Sharif that his name was still blacklisted in their system. 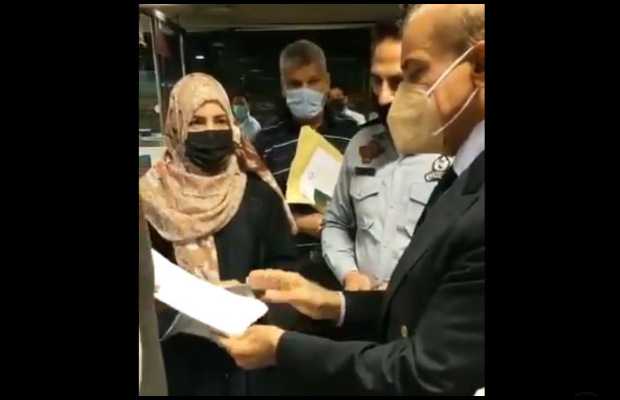 Shahbaz Sharif has been offloaded from a flight bound to Doha at Allama Iqbal International Airport, Lahore, by FIA authorities.

As being reported, immigration officials stopped Shahbaz Sharif at Lahore airport. The authorities told Shahbaz Sharif that his name was still blacklisted in their system.

The Leader of the Opposition in the National Assembly and PML-N President Shahbaz Sharif was granted “one-time” permission on medical grounds to fly abroad for seeking treatment in London.

According to the statement written on the offload form, the list on the system has not been updated yet.

While the flight departed on its scheduled time without Shahbaz Sharif. 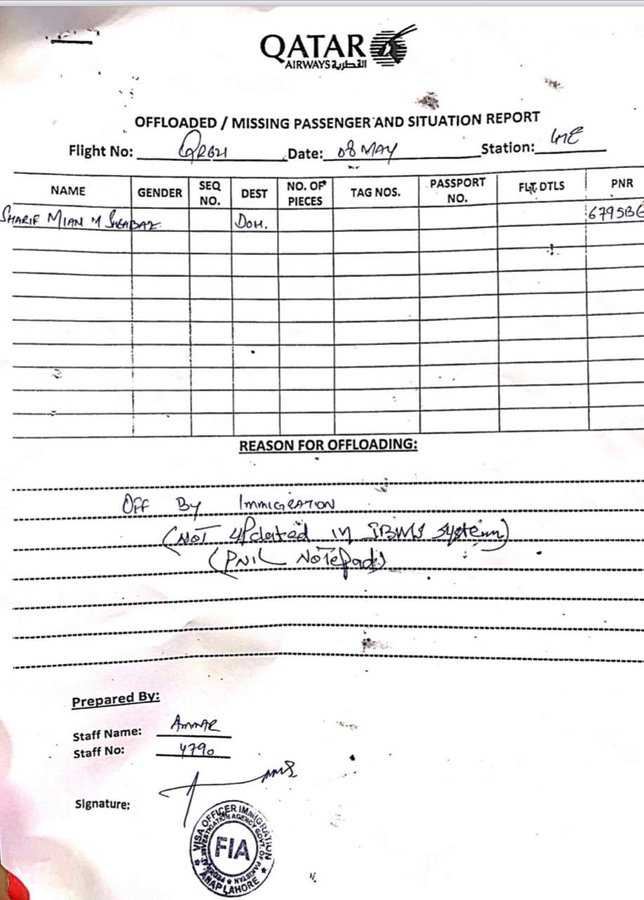 According to the family sources, PML-N  Shahbaz Sharif was to stay in quarantine for 10 to 14 days in Doha before leaving for London, where a physician was due to examine him on May 22. He was likely to return to the country on July 3 on his doctors’ advice.

According to PML-N leader Ataullah Tarar, on arrival at the airport around 4 am on Saturday, the authorities informed Shahbaz Sharif that his name was still on the blacklist in the system so he could not be allowed to travel.