The cricketer said, he doesn’t pay much heed to the “NEGATIVE NEWS” as his only focus is cricket. 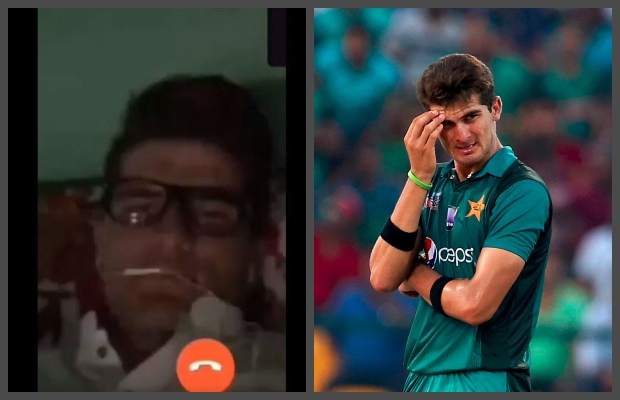 After Rabi Pirzada an alleged private video of Pakistani cricketer Shaheen Afridi was leaked online and it stirred the storm on social media and people are gushing over newly scandal of Pakistan cricket celebrity.

Shaheen Afridi, who has been cursed by Twitteratti since the video surfaced on Twitter, said on Sunday that he doesn’t pay much heed to the “NEGATIVE NEWS” as his only focus is cricket.

“Off the field, the negative news keeps on coming. I try not to pay any attention to it,” Afridi told to a news channel in an open media session in Lahore.

Yesterday i tweeted about the leak video of Shaheen Afridi. After that tweet he blocked me on twitter. It means truth are bitter.#ShaheenAfridi #HareemShah pic.twitter.com/oRBemVY0Vm

Shaheen was asked by the local channel as to what extent a player can be affected when facing a social media storm.

He replied, “Because there is competition in fast bowling, so I tend to keep my focus on performance”.

The Pakistani cricketer is bound to leave for Australia shortly where he will join the rest of the Pakistan squad.

Shaheen also rejected the concerns regarding his fitness. He said, “I am now completely fit. I have also played a first-class match that improved my match fitness. Right now I have no fitness issues. To regain fitness I bowled 113 overs”.

Afridi — after a brilliant debut World Cup campaign this year — had suffered dengue virus before suffering a hamstring injury. The cricketer will be playing for the team this season.

This is from the first cricket trial of my life in 2015. Shirt, trousers, bowling shoes and cap – all borrowed from 3 elder brothers. But I got selected & went to represent U16 Pak in Aus. Rest is history, Alhumdulillah. Keep me in your prayers. #TheEagle #RiseAndRise #Nostalgic pic.twitter.com/vmlqnPqbcV