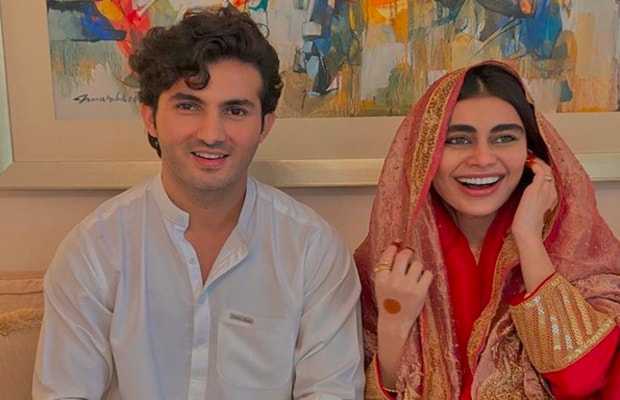 A day after tying the knot with model turned actress Sadaf Kanwal, Shahroz Sabzwari took to social media to snub all the ongoing criticism and character assassination.

His second marriage became the topic of debate all over social media. People came out calling Shahroz, making assumptions about how he had split from Syra after having an affair with model Sadaf Kanwal.

Replying to all the ongoing criticism, in his video message he said that his divorce with Syra happened due to a very personal reason and not because of Sadaf Kanwal.

Shahroz also challenged those who are accusing him of cheating and infidelity should come forward and prove it.

He further added that the reason for making this video is that one day his daughter will get to know about what people said on social media and as proof for her daughter he wants to make this video.

tweet
Share on FacebookShare on TwitterShare on PinterestShare on Reddit
Saman SiddiquiJune 1, 2020
the authorSaman Siddiqui
Saman Siddiqui, A freelance journalist with a Master’s Degree in Mass Communication and MS in Peace and Conflict Studies. Associated with the media industry since 2006. Experience in various capacities including Program Host, Researcher, News Producer, Documentary Making, Voice Over, Content Writing Copy Editing, and Blogging, and currently associated with OyeYeah since 2018, working as an Editor.
All posts bySaman Siddiqui