Nawaz Sharif can not travel, medical report submitted before court

The report said that if Nawaz Sharif leaves London without undergoing angiography treatment, his condition could worsen. 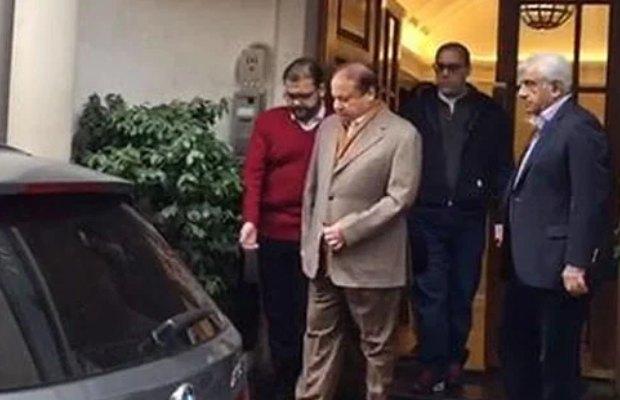 Nawaz Sharif can not travel according to the medical report submitted before the court on Tuesday.

Nawaz Sharif’s medical report has been prepared by Dr. Fayyaz Shaal, Director Interventional Cardiology, and has been submitted to the court through Amjad Pervez Advocate.

According to the medical report, the doctor has barred him from traveling.

The report said that if Nawaz Sharif leaves London without undergoing angiography treatment, his condition could worsen.

The medical report further said that Nawaz Sharif should continue his medication and take a walk in the open air and also take steps to prevent corona during the walk and avoid public places such as airports.

According to the report, after the death of Kulsoom Nawaz, Nawaz Sharif has been under immense pressure.

He should continue his activities without any mental stress.

In the report, the doctor wrote that he was recently told that since Nawaz Sharif had started taking Empagliflozin 10mg daily to control his diabetes, which had resulted in impaired renal function, which needs to be addressed first before has angiography. 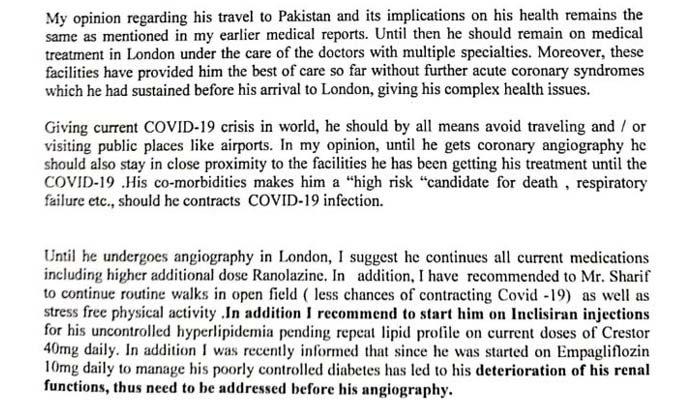 In the report, Dr. Fayyaz Shaal said that in case of any question regarding Nawaz Sharif’s health, he could be contacted.


tweet
Share on FacebookShare on TwitterShare on PinterestShare on Reddit
Saman SiddiquiFebruary 1, 2022
the authorSaman Siddiqui
Saman Siddiqui, A freelance journalist with a Master’s Degree in Mass Communication and MS in Peace and Conflict Studies. Associated with the media industry since 2006. Experience in various capacities including Program Host, Researcher, News Producer, Documentary Making, Voice Over, Content Writing Copy Editing, and Blogging, and currently associated with OyeYeah since 2018, working as an Editor.
All posts bySaman Siddiqui