An SOC Films initiative to raise awareness about social issues which children in Pakistan face today. 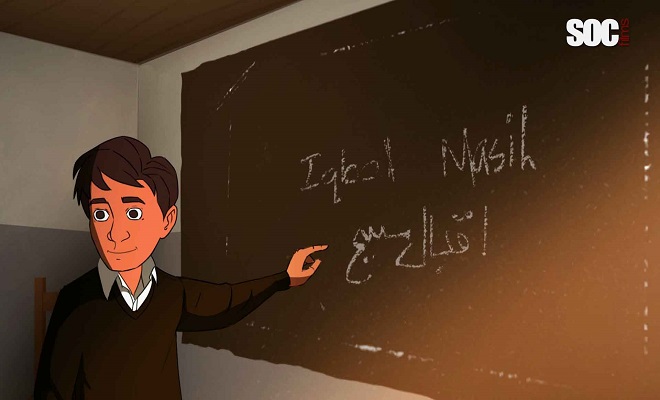 The second animated short-film from Shattering the Silence is titled “Iqbal Ka Bachpan” which explores the story of Reebok Human Rights Award recipient Iqbal Masih; a young Pakistani boy who was forced to work as a carpet weaver in the 90s. Working through arduous conditions from the age of 4 onwards, Iqbal grew stunted and hopeless. However, when bonded labour was declared illegal by the Supreme Court, Iqbal was able to struggle and pursue his dream of attending school. Today, millions of children are still employed in Pakistan, from the ages of 4 to 14 years old and work in many sectors of the labour force from brick kilns to manufacturing. This second part raises light on the importance of creating awareness among children and their families about the laws which safeguard them and the quality of life they are expected to lead as their basic human right.

An SOC Films initiative, Shattering the Silence is a 4-part animated series, in Urdu, which aims to critically engage audiences, and children specifically, with real-life stories of child abuse and to educate them with the corresponding laws, the resources which can be accessed and the steps which can be taken if they, or any other children they know of, are forced into situations of marriage, labour, trafficking or physical abuse.