Announcement was by Mufti Muneebur Rehman, who chaired the moon sighting meeting of the committee, reports said. 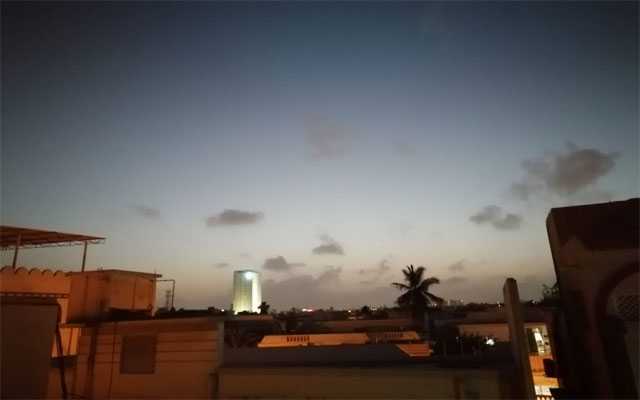 The crescent of Shawwal sighted in Pakistan and Eid-ul-Fitr will be celebrated on Sunday, May 24, the Central Ruet-e-Hilal Committee announced today (Saturday).

The announcement was made by Mufti Muneebur Rehman, who chaired the moon sighting meeting of the committee, reports said.

Read More : Shawwal Moon Sighting: Eid ul Fitr to be celebrated on Sunday in most countries

He said the committee received multiple testimonies of moon-sighting including from Chaman, Pasni, and various other places.

He added that the judgment of testimonies received from areas where the moon was expected to be sighted took “quite a lot of time”.

Mufti Muneebur Rehman said the moon sighted today was “very sensitive” and therefore the body had focused on the southern areas where it was expected to be spotted.

After the announcement, the Ministry of Religious Affairs and Interfaith Harmony has issued an official notification: 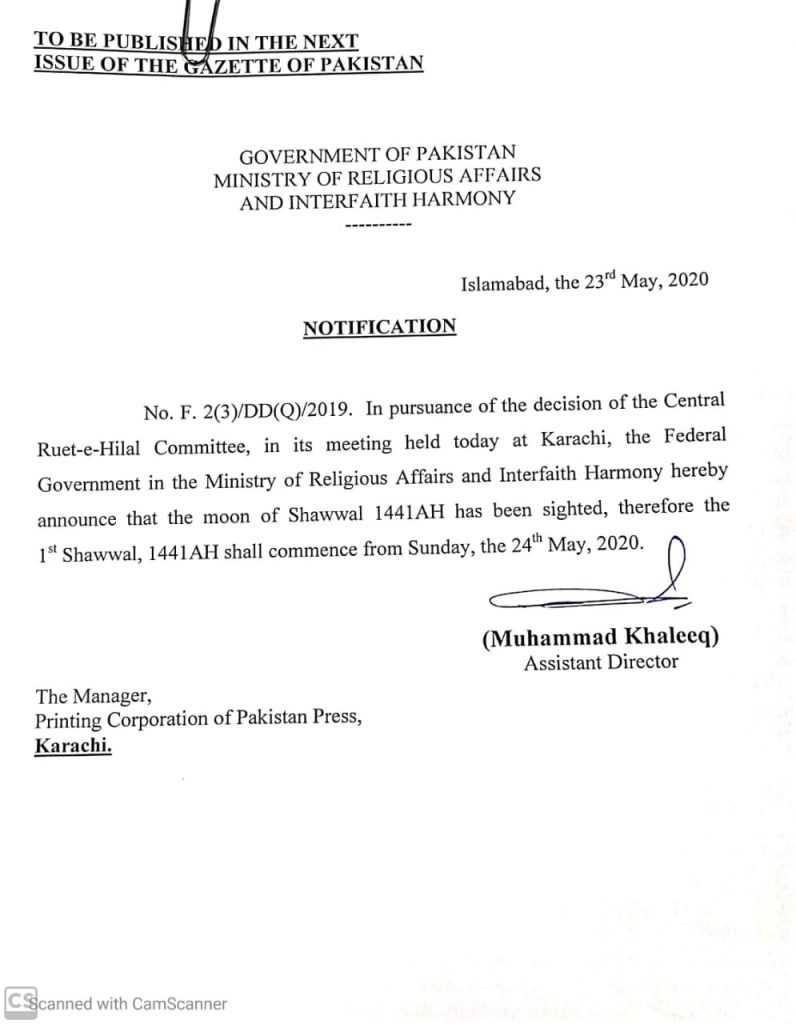 However, addressing a news conference earlier in the day, Minister for Science and Technology Fawad Chaudhry claimed that Eid-ul-Fitr will be celebrated all over the world, including Pakistan, on Sunday, May 24.

Chaudhry said that according to the lunar calendar prepared by the science ministry, this year Eid will be celebrated across the country on May 24.

Chaudhry had said the interesting thing is that the Eid ul Fitr will be celebrated on the same day in almost all parts of the world along with Pakistan, including Indonesia, Malaysia, and Saudi Arabia.

Eidul Fitr marks the culmination of the holy month of Ramazan, during which Muslims all over the world observe 29 to 30 days of fasting.