Sheikh Rasheed said that PPP MNA Jam Abdul Karim will be arrested upon arrival from Dubai. 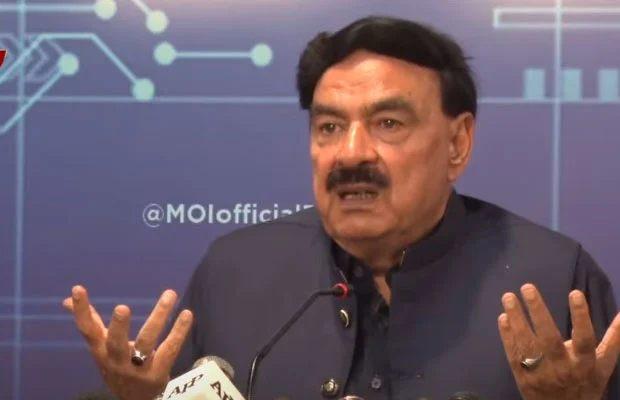 Sheikh Rasheed says voting on a no-confidence motion is likely to take place on April 4!

Addressing a press conference in Islamabad on Saturday, Interior Minister Sheikh Rasheed said that voting on the no-confidence motion against Prime Minister Imran Khan will likely take place on April 3 or 4.

He called the Opposition “fools” for increasing the popularity of Imran Khan.

Federal Minister added that by bringing the no-trust motion, the Opposition has actually helped Imran Khan, whose popularity has increased manifold since then.

Replying to a question about PPP MNA Jam Abdul Karim, who is nominated in a murder case in Sindh, Sheikh Rasheed said that he will be arrested upon arrival from Dubai.

“I have directed Federal Investigation Agency (FIA) and Sindh police IG to arrest PPP MNA Jam Abdul Karim from the airport,” he said.

As being reported, the Sindh High Court on Friday granted 10-day protective bail to Karim in the Nazim Jokhio murder case.

On the other hand, Sindh Governor Imran Ismail wrote a letter to the Federal Investigation Agency (FIA)  asking it to put the name of PPP MNA Jam Abdul Karim Jokhio in the provincial identity card list, PLIL.

tweet
Share on FacebookShare on TwitterShare on PinterestShare on Reddit
Saman SiddiquiMarch 26, 2022
the authorSaman Siddiqui
Saman Siddiqui, A freelance journalist with a Master’s Degree in Mass Communication and MS in Peace and Conflict Studies. Associated with the media industry since 2006. Experience in various capacities including Program Host, Researcher, News Producer, Documentary Making, Voice Over, Content Writing Copy Editing, and Blogging, and currently associated with OyeYeah since 2018, working as an Editor.
All posts bySaman Siddiqui