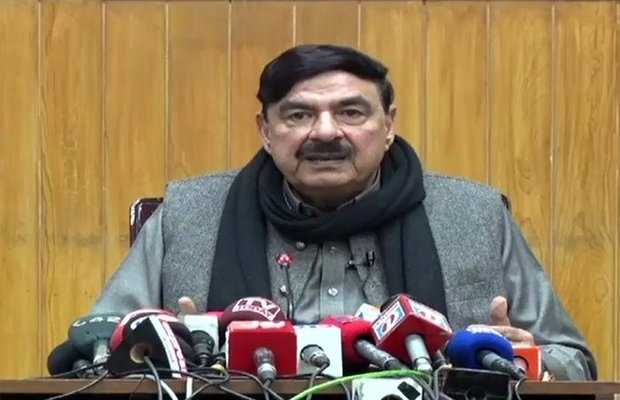 Railways Minister Sheikh Rasheed has recently made a few predictions, claiming that the upcoming months of February and March are going to be even more challenging for the people of Pakistan.

While speaking to media on Saturday, Sheikh Rasheed said Pakistanis are to expect problems of electricity, gas, and flour during Feburay, March period.

Sheikh Rashid gave an unusual response when asked about the ongoing flour crisis, saying that the staple food is being sold at exorbitant rates across Pakistan as people “eat more bread in November and December”.

And When hearing upon this the reporters laughed at the minister’s strange explanation he replied: “It’s not a joke, a study backs my claims.”

Admitting that the prices of wheat, electricity, and gas had surged in the country, however federal minister defending it added, “People should give a year and a half more to the Imran Khan-led government.”

He also predicted that PML-N President Shehbaz Sharif, who is currently in London, may soon return to politics.

He also said that authorities are expected to start investigating Hamza Shahbaz and Maryam Nawaz in two new cases.