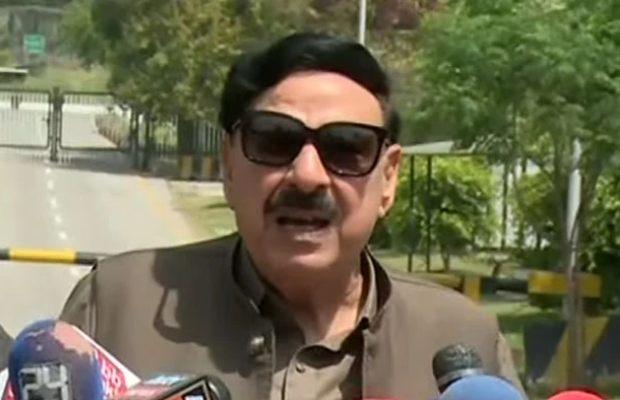 While talking to the media on Friday, the federal minister said that he had been advising the prime minister for the last three months to dissolve the assembly and conduct the elections.

“The bricks of a filthy drain are being installed in the palace of the power. These are imperialist worms that will erode the country that cannot run through these thieves,” Sheikh Rasheed maintained.

The minister added that big powers are behind the no-confidence motion.

“The court decision has caused disappointment among the masses,” he said.

“It is not the matter of victory or defeat. Everyone in this case [deputy speaker’s ruling] has been exposed. The advices I gave to Imran Khan are proving true today,” Sheikh Rasheed stated.

“The Supreme Court’s verdict has sent a wave of disappointment among the people,” he said, adding “These non-imperialist caterpillars will eat up the independent foreign policy of Pakistan.”

“If someone thinks that the nation does not understand, he is wrong. We will not surrender and fight the thieves, looters, and robbers till the last ball,” he vowed.

“The last option for us is to resign. The country cannot get along with these thieves. Foreign powers want to influence our sovereignty,” he said.

Meanwhile, all eyes are set on PM Imran Khan’s address to the nation as SC has restored the National Assembly in Thursday’s ruling.

“I have called a cabinet mtg tomorrow as well as our parliamentary party meeting, and tomorrow evening I will address the nation. My message to our nation is I have always and will continue to fight for Pakistan till the last ball.”