The opener is set to miss the World Cup in all likelihood. 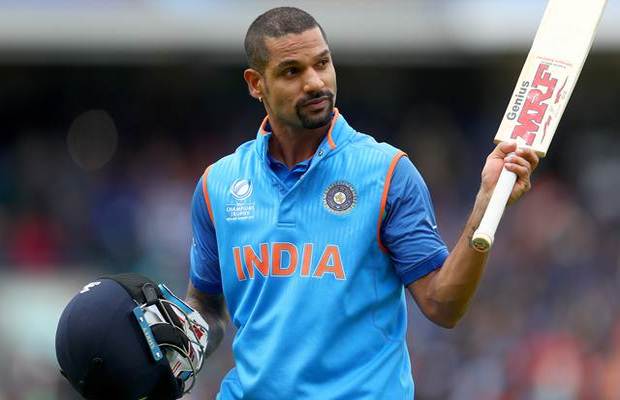 LONDON, ENGLAND - JUNE 08: Shikhar Dhawan of India reacts to the crowd as he leaves the field after being dismissed during the ICC Champions trophy cricket match between India and Sri Lanka at The Oval in London on June 8, 2017 (Photo by Clive Rose/Getty Images)
11Shares
158Views

According to reports in Indian media, their Cricket team has suffered a massive blow, as Shikhar Dhawan was ruled out for the next 3 weeks due to a thumb injury. The left-hander suffered the injury while batting against Australia on Sunday.

It was hoped that the swelling would subside and he would be able to take part in the upcoming matches. However, according to the report, the scan has shown that recovery will take three weeks.

Dhawan, who scored a match-winning ton against Australia, was hit early by Nathan Coutler-Nile. However, he continued to bat and completed his century. However, he failed to take the field and Ravindra Jadeja fielded in his place.

If confirmed this would be a jolt to the Indian Cricket team as Shikhar Dhawan and Rohit Sharma are two of their key performers. They are considered to be the best ODI opening pair in the World.

India is set to play arch-rivals Pakistan on Sunday in a crunch World Cup game.