Senate Standing Committee on Human Rights reviewed the progress of the probe into the Minar-e-Pakistan harassment incident. 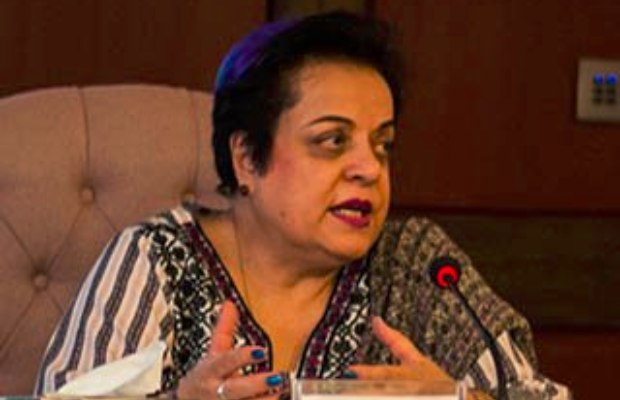 Senate Standing Committee on Human Rights chaired by Senator Waleed Iqbal, met on Thursday to review the progress of the probe into the 14th August Minar-e-Pakistan harassment incident.

Federal Minister for Human Rights Shireen Mazari criticized the Punjab government for suggesting restricted timings for women to enter parks during a meeting.

The Punjab government should provide a better and safer environment for women instead of imposing restrictions on them,” she said.

“Single men should be denied entrance instead of defining hours for women to visit public places,” she added.

The standing committee chairman Senator Waleed Iqbal had suggested Mazari take the matter of defining hours for women to visit parks to the Punjab government.

“We [Ministry of Human Rights] can only inform the provincial government about our recommendations and not pressurise them,” said Mazari in response.

At this, Senator Mushahid Hussain Syed said that the government of Punjab was formed by Mazari’s political party itself.

Mazari responded to the point raised by saying: “This is what you say, not we.”

The report presented at the meeting stated that the minister for human rights took notice of the Minar-e-Pakistan incident and ensured the registration of a first information report.

“As many as 141 suspected individuals were taken into custody after which an identification parade was conducted but the victim, Aisha Akram, didn’t appear at the parade,” it added.

As per the report, Akram appeared at another identification parade, conducted on Wednesday, and identified six suspects.

The suspects identified by Akram were arrested and four special committees have been formed to investigate the case, the report added.

Furthermore, Mushahid Hussain Syed informed the meeting that the Kenyan high commissioner told him that she was manhandled at Lake View Park on August 14 despite being accompanied by her driver and another person.

“People pulled my hair and there was a scuffle,” Mushahid Hussain quoted the Kenyan high commissioner as saying.

Committee Chairman Iqbal responded by saying that this is a serious matter and only reviewing it cannot be enough.

“This has become a trend and foreign envoys are also falling prey to it,” said Iqbal, adding that Pakistan talks about promoting tourism but who will come here in these circumstances.

tweet
Share on FacebookShare on TwitterShare on PinterestShare on Reddit
Saman SiddiquiSeptember 3, 2021
the authorSaman Siddiqui
Saman Siddiqui, A freelance journalist with a Master’s Degree in Mass Communication and MS in Peace and Conflict Studies. Associated with the media industry since 2006. Experience in various capacities including Program Host, Researcher, News Producer, Documentary Making, Voice Over, Content Writing Copy Editing, and Blogging, and currently associated with OyeYeah since 2018, working as an Editor.
All posts bySaman Siddiqui