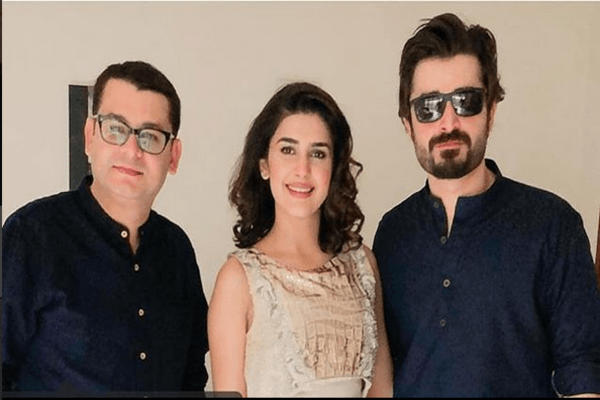 Good news for Pakistani drama fans there is another master piece is in its making. Upcoming drama serial “Alif” starring Hamza Ali Abbasi, Kubra Khan and Sajal Aly in the lead, has officially kicked off its shoot. It’s a Group M initiative and is part of many major exciting flag ship projects planned for upcoming year.

The script is written by none other than Umera Ahmad and the drama being directed by Haseeb Khan. The major cast for the play includes, Hamza Ali Abbasi, Sajjal Aly, Ahsan Khan, Kubra Khan, Manzer Sehbai, Usman Khalid Butt, Lubna Aslam, Saleem Mairaj and it also include child star cast as well.

Me as Momin in #Alif & the shoot has finally started. Its not just a drama serial for me but a passion project with a message which is very close to my heart. Coming soon. 🙂 pic.twitter.com/fxpAGrWA23

According to the sources there are many exciting projects in pipeline, related to this projects which are going to be revealed soon. TV channel to air this upcoming drama series is going to be announced in coming days. For the time being what we all can do is to stay tuned in to know about upcoming developments, with all the A-list people from Pakistani entertainment industry this project is defiantly going to be another major hit.

tweet
Share on FacebookShare on TwitterShare on PinterestShare on Reddit
Saman SiddiquiJuly 13, 2018
the authorSaman Siddiqui
Saman Siddiqui, A freelance journalist with a Master’s Degree in Mass Communication and MS in Peace and Conflict Studies. Associated with the media industry since 2006. Experience in various capacities including Program Host, Researcher, News Producer, Documentary Making, Voice Over, Content Writing Copy Editing, and Blogging, and currently associated with OyeYeah since 2018, working as an Editor.
All posts bySaman Siddiqui