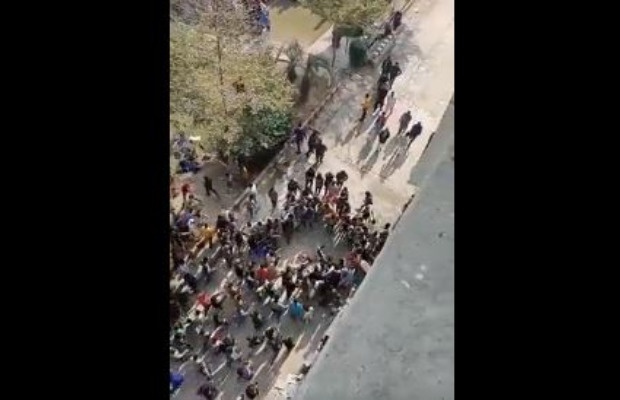 The incident took place at a sports Wazirabad Road in Sialkot.

The manager of a private factory was severely beaten to death by employees while some reports emerging site that the Srilankan national manager’s body was set on fire by the angry mob.

The incident provoked a law and order situation on-site at which police heavy contingent of police reached the spot and tried to control the situation.

According to the police, the employees also vandalized the factory situated on Wazirabad Road and blocked traffic.

After successful talks between a visibly angry group of protesters and police, the traffic was resumed on Wazirabad Road.

The DPO Omar Saeed Malik said an investigation into the death of the foreign manager is underway.

Some disturbing images of the incident are now circulating on social media.