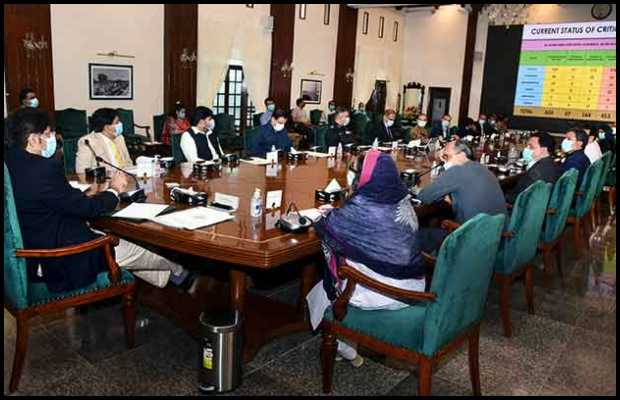 Sindh closes all schools, colleges, universities amid the recent surge in COVID-19 cases!

The decision was taken by the Sindh Government on Monday after CM Murad Ali Shah chaired a meeting of the Provincial Task Force on Coronavirus.

Announcing the decision in a tweet, Sindh Government Spokesperson Murtaza Wahab said: All #SindhGovt offices shall operate with an essential staff of 20% only. All schools, colleges & universities shall also remain closed due to the rising number of #COVID-19 cases.”

Furthermore, the inter-city public transport will be closed from 29th April in the province of #Sindh, he announced in his next tweet.

In the task force meeting today, it was also informed that oxygen plants are present at Dow University Ojha Campus, Trauma Centre, and Gambat Hospital.

As being reported, the secretaries of various departments have been directed to ask only important staff to come to office while the rest should be asked to work from home.

After Punjab and Khyber Pakhtunkhwa, the Sindh government has also written a letter to the Interior Ministry seeking the deployment of army personnel in the province to ensure adherence to Covid-19 precautionary SOPs.

The letter penned by the home department to the federal interior ministry said, “The services of armed forces of Pakistan in aid of civil power are required under Article 245 of the Constitution of Pakistan.”

“Exact nature of deployment of troops and equipment will be communicated in due course of time after carrying out a requisite assessment in consultation with [the] quarters concerned,” it added.