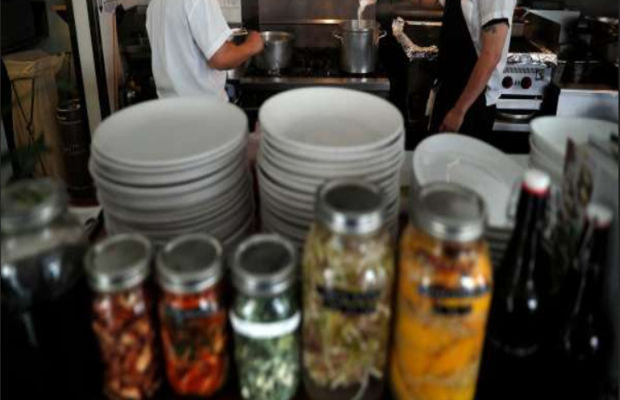 During the ongoing operation, A few famous bakeries and restaurants situated in various locations of Karachi were found violating the code of safety and health standards, which resulted in putting heavy fines over them.

As being reported, cockroaches, lack of safety tools, rotten vegetables and substandard food ingredients including forbidden food chemicals were found in the restaurant’s kitchen. The owners have been given a month to the safety and health standards of the SFA.

In another operation, SFA has fined  Tao, Vintage restaurant Rs 50,000/- for the following violations found during an inspection: “Expired products were found, uncovered items were placed, no documentation record was maintained”.

SFA has also fined the Del Frio restaurant Rs 100,000/-. As being reported during the inspection the following violations were found: “Unsanitary conditions, expired products were found, spoiled vegetables, cockroaches were found in premises”.

Furthermore, the Sindh Food Authority has fined a local restaurant, the Cote Rotie for a sum of Rs 300,000/- for various violations during the inspection. Authority report says they have found “expired meat and expired products”, “sanitary system was not satisfactory”, and “unhygienic conditions, dustbins were not covered”.

tweet
Share on FacebookShare on TwitterShare on PinterestShare on Reddit
Saman SiddiquiAugust 29, 2019
the authorSaman Siddiqui
Saman Siddiqui, A freelance journalist with a Master’s Degree in Mass Communication and MS in Peace and Conflict Studies. Associated with the media industry since 2006. Experience in various capacities including Program Host, Researcher, News Producer, Documentary Making, Voice Over, Content Writing Copy Editing, and Blogging, and currently associated with OyeYeah since 2018, working as an Editor.
All posts bySaman Siddiqui