Sindh government and its culture and heritage department are being harshly criticized for its restoration initiative carried out at historical sites.

Earlier it emerged that restoration work is done at Tando Fazal Monument (Masjid) Hyderabad. And the irony is that from pictures it appears that the heritage sites have been painted white and refurbished, instead of being preserved in their original state.

The pictures were initially circulated in a tweet by the culture department of the province which has been deleted now. 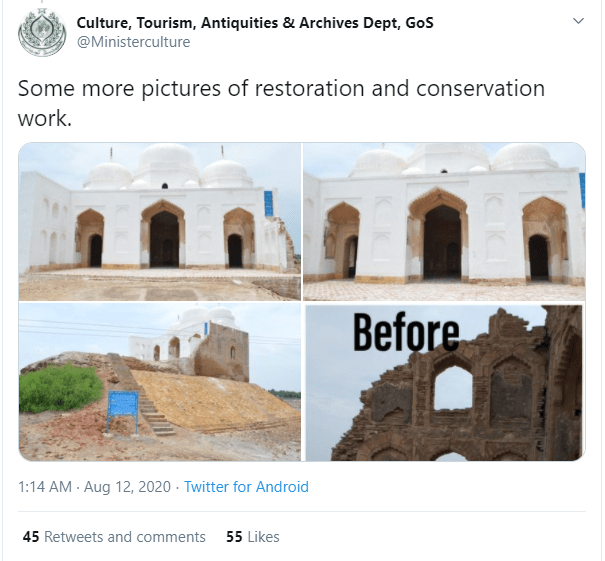 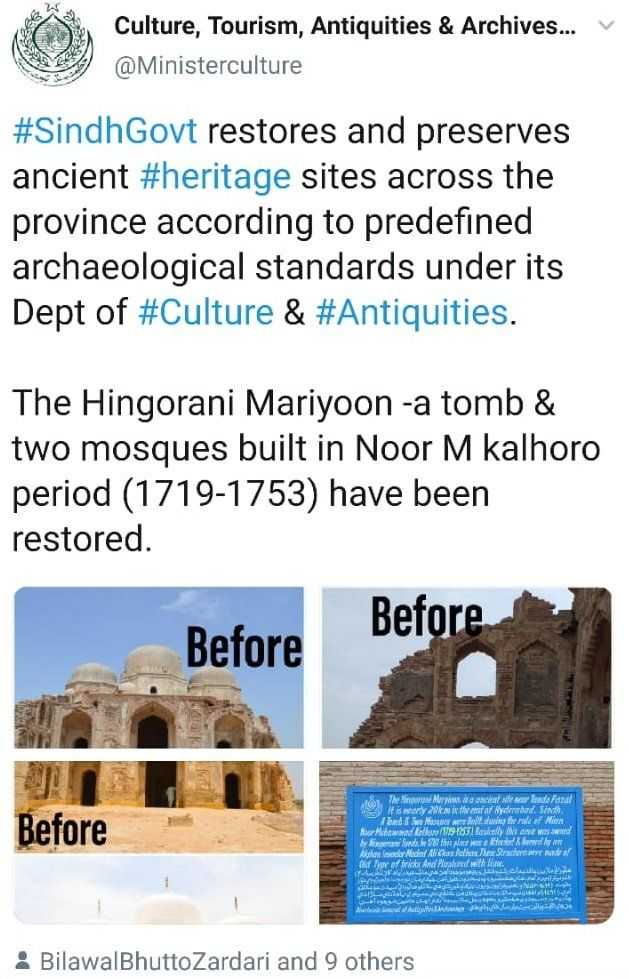 Later, it emerged that the restoration drive of ancient sites has whitewashed the sacred paintings inside a 12 centuries old JainTemple at Nangar Parkar.

People turned to social media expressing their outrage saying that in order to restore the ancient site, the government has destroyed its historical status.

Took these photos in a Jain Temple on my last visit to Tharparkar with @PartabShiwani. Extremely disappointing to see what the govt is done to this ancient temple and it's heritage. It's criminal to destroy such historical places. pic.twitter.com/0lD5W1pmpp

Incompetence bordering on vulgarity, does @Ministerculture Sindh have anyone who has studied beyond 5th grade, such morons don't deserve to be allowed near any heritage site, 4 them motto seems let's make money, give a contract & take commission, another wonder of 18th amendment

This is annoying , what type of mess they have done. This is not a renovation but devastation of old heritage. If they can’t make it proper haven’t right to destroy it.

It was 12 century old and so much so for our future generation if they keep renovating historical sites in a same way. 🤦‍♀️

The culture, antiquities and archaeology department of Sindh's twitter account has deleted their nonsensical "restoration and preservation" work photos on a three centuries old building. That doesn't eliminate the fact that they destroyed built heritage. Here's a refresher: pic.twitter.com/yhZEvTixZC