Sindh government is moving towards province-wide-lockdown to halt the spread of COVID-19 by limiting the interaction of masses as the number of coronavirus cases rose to 396 in the province on Saturday.

According to the notification issued by the Sindh government,  Army will be deployed on standby to restrict the movement of people.

The lockdown would come into effect Sunday midnight and a formal announcement to this effect will be made by Chief Minister Murad Ali Shah in a video message, according to news source.

Sindh govt. has written to the interior ministry seeking approval of army deployment within the province for aiding civil administration under Article 245 of the Constitution.

“It’s therefore requested to kindly accord the approval for the deployment of armed forces to aid civil power in the province of Sindh,” reads a letter written by the Sindh home department to the federal interior secretary and the government of Pakistan. 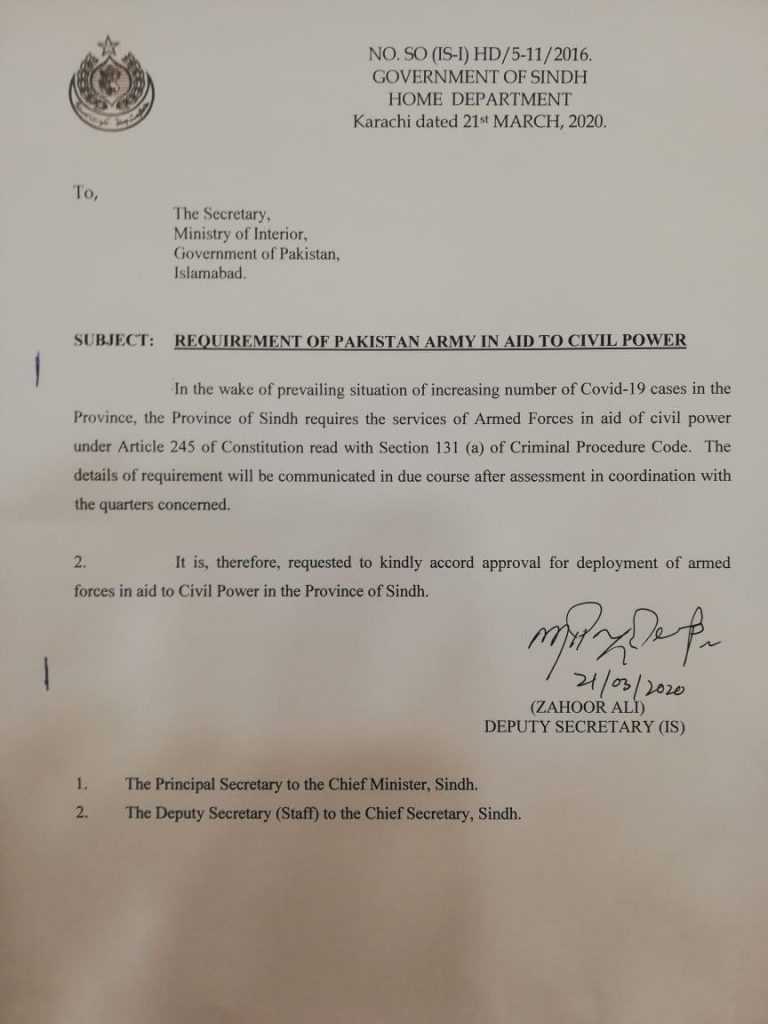 Spokesperson Sindh government, Murtaza Wahab took to Twitter and said that It’s high time for the people of Sindh, “the time has come to take difficult decisions”.

He wrote that chief minister Murad Ali Shah had discussed with Corps Commander Karachi, Governor Sindh, DG Rangers and IG Sindh the prospect of implementing the government’s decision “of keeping people at their homes”.

“People should go into complete isolation for three days.” CM Shah said. “It is important for people to remain inside their homes.”