Sindh rules out possibility of winter vacations this year

The students have been given more than usual holidays this year due to coronavirus pandemic, said Saeed Ghani 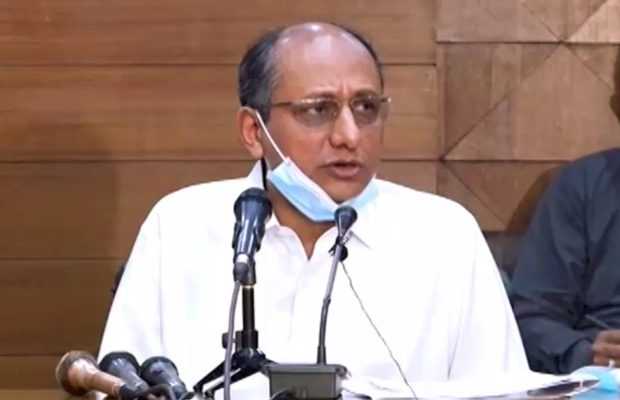 The government of Sindh has ruled out the possibility of winter vacations this year despite increasing COVID-19 cases.

Sindh Education Minister Saeed Ghani on Tuesday said that students have been given more holidays than usual this year due to the coronavirus pandemic.

He added that a final decision on the matter will be taken during the National Command and Operations Centre (NCOC) meeting in late November.

Saeed Ghani’s statement comes a day after Federal Minister of Education Shafqat Mahmood chaired a special meeting of education ministers to decide on an NCOC recommendation for early and extended winter vacations amid a spike in COVID-19 in the country.

The meeting, however, ended without consensus, and a decision on the matter has been suspended till next week.

On the other hand, the Balochistan government has announced early winter vacations today.

The provincial education minister said winter vacations will start from December and the new education year will begin three months later, in March.

Meanwhile, a survey conducted by a research company, Ipsos, shows that 49 percent of parents do not want to send their children to school.

During the survey, titled, “Worsening Covid-19 realities and diminishing threat perceptions”, 1,072 people were contacted through phone calls from Oct 28 to Nov 4.

tweet
Share on FacebookShare on TwitterShare on PinterestShare on Reddit
Saman SiddiquiNovember 17, 2020
the authorSaman Siddiqui
Saman Siddiqui, A freelance journalist with a Master’s Degree in Mass Communication and MS in Peace and Conflict Studies. Associated with the media industry since 2006. Experience in various capacities including Program Host, Researcher, News Producer, Documentary Making, Voice Over, Content Writing Copy Editing, and Blogging, and currently associated with OyeYeah since 2018, working as an Editor.
All posts bySaman Siddiqui