Sindh would get 82,359 doses of Chinese Sinopharm Covid-19 vaccines which would be first administered to frontline health workers. 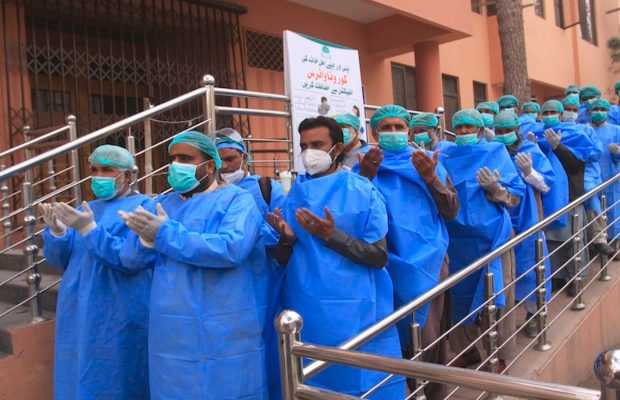 Sindh will be starting the COVID-19 vaccination drive on February 3rd, Wednesday.

The announcement was made by the Sindh Information Minister Syed Nasir Hussain Shah at a press conference, accompanied by a member of the Sindh vaccination task force and provincial lawmaker Qasim Soomro.

“We are starting the vaccination from Wednesday [next],” Mr. Shah said. “This programme will be initiated in all the seven districts of Karachi along with Hyderabad, Jamshoro, and Shaheed Benazirabad.”

“Preparations have been made and teams have been formed to launch the project,” he explained.

The minister said the province would get 82,359 doses of Chinese Sinopharm COVID-19 vaccines which would be first administered to frontline health workers.

According to the provincial minister, the Sindh government has devised a detailed strategy that would divide people into different categories considering their age and health conditions.

“Apart from the centralised supply, we are also making arrangements to procure vaccines on our own,” he said.

“For that purpose, Rs1 billion from the provincial government has been set aside and more funds are being arranged. Chief Minister Murad Ali Shah has also discussed the matter with the World Bank and some other donors. We have formally asked the federal government to allow us procurement and their reply is awaited.”

Qasim Soomro said: “We have estimated some 170,000 healthcare providers are working as front liners in this pandemic.”

“The process has already begun to register them. Our initiative suggests that there will be around 115,000 workers who will be vaccinated in the first phase,” he added.