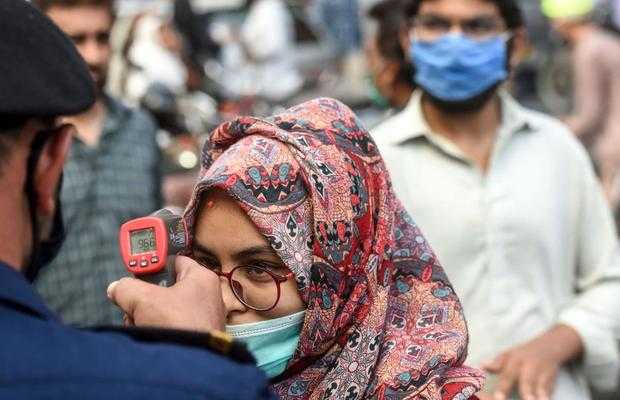 According to Chief Minister Murad Ali Shah, the province sees the highest spike of 22 percent in new Covid-19 cases in 24 hours

Meanwhile, the province has reported 38 deaths, taking the total number of fatalities to 1,243.

According to CM Shah, 696 patients are in critical condition and 116 are on ventilators.

He further added that 1,452 patients recovered from the virus in the last 24 hours.

CM further stated that  Sindh has witnessed 1150 new cases of Covid-19 out of tested 5103 samples while 27 more patients lost their lives lifting the death toll to 1205.

In a statement issued here from the CM House, Murad Shah told that 5103 tests were conducted which detected 1150 new cases that constituted a 22 percent detection rate.

“This is one of the highest rates and we have to control it by following the guidelines issued by the experts, the government, and the WHO,” he said.

He added that so far 414248 samples have been tested which detected 76318 cases all over Sindh. “This constitutes an overall 18.4 percent detection rate,” he said.

According to the CM, 27 more patients died lifting the death toll to 1205 which constitutes a 1.5 percent death rate.

Hyderabad has 22 new cases, Jamshoro and Ghotki seven each, Dadu four, Larkana, Sukkur and Thatta three each and Umerkot and Sanghar two each and Shaheed Benazirabad one case.

tweet
Share on FacebookShare on TwitterShare on PinterestShare on Reddit
Saman SiddiquiJune 27, 2020
the authorSaman Siddiqui
Saman Siddiqui, A freelance journalist with a Master’s Degree in Mass Communication and MS in Peace and Conflict Studies. Associated with the media industry since 2006. Experience in various capacities including Program Host, Researcher, News Producer, Documentary Making, Voice Over, Content Writing Copy Editing, and Blogging, and currently associated with OyeYeah since 2018, working as an Editor.
All posts bySaman Siddiqui