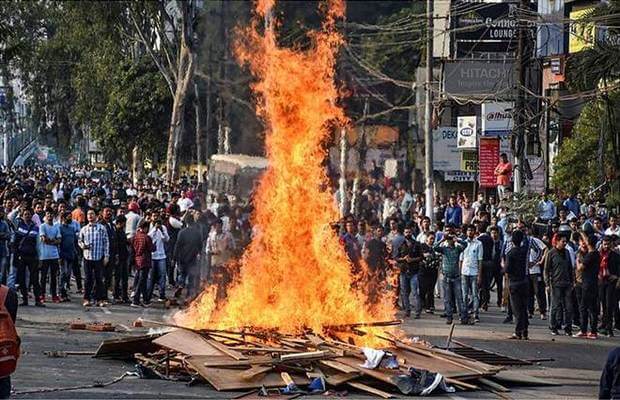 Four people died after being shot by police, while another was killed when a shop he was sleeping in was set on fire and a sixth after he was beaten up during a protest, according to the reports regarding the casualties.

Under the upcoming bill, BJP has proposed that illegal immigrants who entered the north eastern states from three neighboring countries on or before December 31, 2014, may be granted citizenship – given that they are not Muslims. The bill has been received by the public of both Assam and Bengal with a huge dissatisfaction who seek it as a threat to their culture.

“Culture, language, social identity and political rights of our brothers and sisters from the northeast will remain intact,” Home Minister Amit Shah addressed the public’s concerns as reported by News18.

However, the masses are not willing to accept the newest amendment in the legislation which will be greatly beneficial for immigrants from Bangladesh. Thus, state wide riots and protests are being carried out which are causing a great deal of material and life loss.

The bill is currently being challenged in Supreme Court by Muslim political parties and rights activists for its anti-Muslim agenda. On the other end, BJP ally from Assam – that had earlier supported the bill in assembly – also intends to challenge it in Supreme Court due to the public’s sentiments.