Djokovic has been in detention at the former Park Hotel, a five-storey facility that holds about 32 migrants trapped in Australia’s hardline immigration system, some for years on end. 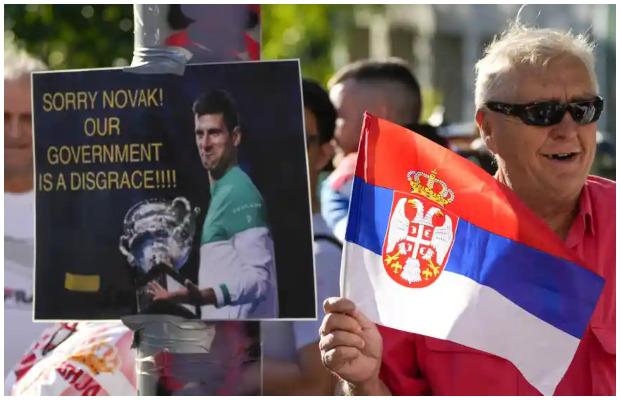 Social media in uproar as Djokovic wins case against Australia over canceled visa on Monday.

Following the development, Djokovic will be allowed to remain in Australia, clearing the way for him to compete in the Australian Open.

The decision comes as a huge blow to the Australian government, which has imposed strict pandemic requirements on arriving foreign travellers for the past two years.

The judge ordered Djokovic to be released and his passport and other travel documents returned to him.

While his coach has also been allowed to enter the country.

However, attorneys representing the Australian government warned that the immigration minister was considering whether to re-cancel Djokovic’s visa, threatening to relaunch proceedings.

Djokovic, 34, has been held in an immigration detention hotel alongside long-term asylum seeker detainees since Thursday.

Meanwhile,  social media is in an uproar following the court’s decision.