SOPs will be followed in Friday, Eid prayers

As being reported, the court’s order came on a petition against the negligence of the federal government’s SOPs regarding the operation of mosques in Sindh. 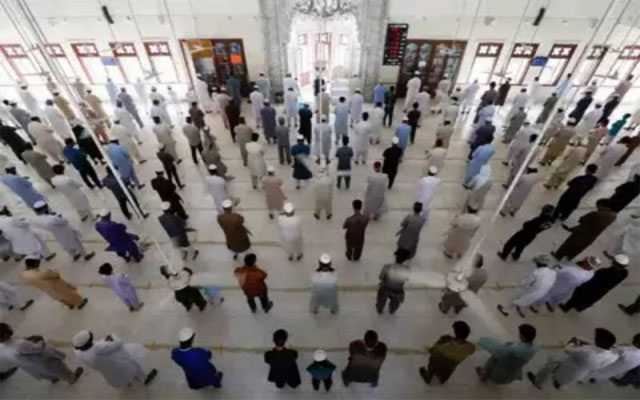 The congregational prayers of Juma and Eid-ul-Fitr will be offered in compliance of the 20-point SOPs framed by President Arif Alvi with the consensus of ulema, the Sindh High Court (SHC) directed on Thursday.

As being reported, the court’s order came on a petition against the negligence of the federal government’s SOPs regarding the operation of mosques in Sindh.

The additional advocate general and the assistant attorney general informed the court that the SOPs were finalised by the president with the due consultation of ulema of all sects.

Read More : Shawwal Moon Sighting: Eid ul Fitr to be celebrated on Sunday in most countries

SOPs will be applied at every mosque and Imambargah throughout the Sindh province for all congregational prayers, including those of Friday, Taraweeh, Shabeena and Eid, said provincial law officer.

The minister also said the top Court has also asked the provincial and federal governments to design a uniform policy in consultation with the National Coordination Committee (NCC).

The two-judge bench headed by Justice Mohammad Ali Mazhar said that that it has been observed that the Sindh government on March 26 had decided that only 3 to 5 people designated for a mosque would offer congregational prayers and that the public will offer their prayers at home.

On April 23, in another order SHC said that the provincial government had directed that Taraweeh prayers, not being mandatory, would also be offered at home as per Sunnah.

The bench further said the Sindh government on April 2 had also imposed the restrictions that only 3 to 5 persons designated for a mosque would offer congregational prayers and that the public will offer their prayers at home with the exception of funerals, burials, etc. while maintaining social distancing and the events could only be attended by close family members after informing the local station house officer (SHO) of the police.

The provincial law officer said that the restrictions imposed through the aforementioned lockdown orders have been lifted, and now the federal government has formulated SOPs that will be fully implemented.

The top court after hearing the arguments of the provincial and federal law officers ordered that the 20-point SOP formulated by the president with the consensus of Ulema of different sects would be followed in letter and spirit in all mosques and Imambargahs.

The court ordered that all prayers, including those of Friday, Taraweeh, Shabeena and Eidul Fitr, will be observed in accordance with the conditions decided in the SOPs.