Attack was in ‘retaliation’ for Christchurch 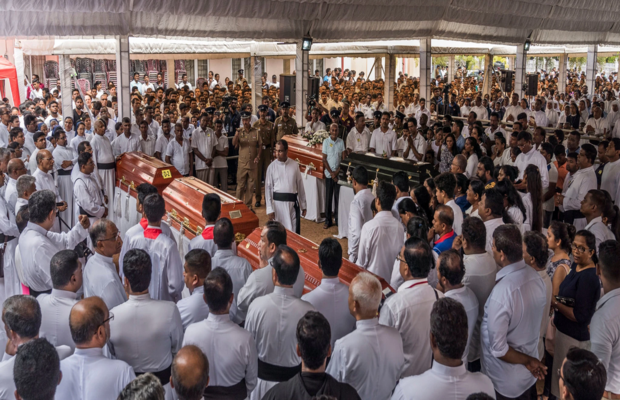 The Islamic State ISIS has claimed responsibility on Tuesday for the Easter Sunday bombings at churches and hotels in Sri Lanka. The series of bombings had killed more than 300 people.

Claims were made that they were the work of “fighters of the Islamic State” via their Amaq news agency. The group did not provide any evidence to support the claim. 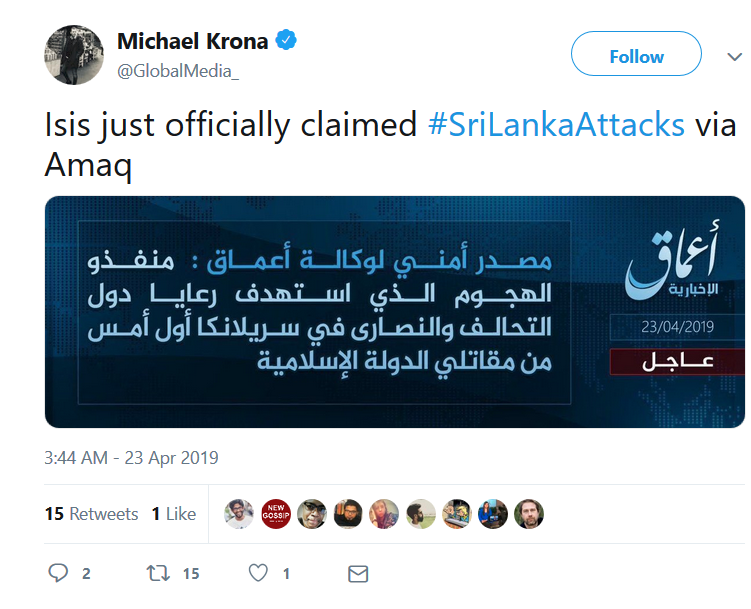 According to the government official, the bombings were retaliation for the killing of 50 people last month at mosques in New Zealand, but he did not offer any evidence for the claim. It is being said that they were carried out by two Islamist extremist groups.

Country holds national day of mourning. The first funerals were held at a damaged church in western Sri Lanka, where as many as 100 parishioners were killed by a suicide bomber.

The tiny coffins, many bearing the remains of children, were interred in mass grave as the police raised the death toll from the coordinated attacks to 321.

According to the United Nations, at least 45 children were among the more than 320 people killed in the suicide bomb attacks in Sri Lanka.

The number of suspects have been arrested in connection with the attacks increased to 40 from 24 as the government declared “emergency law,” giving the police sweeping powers to detain and interrogate suspects without obtaining warrants.

According to the initial investigation into Sunday’s attacks suggest the bombers were hoping to avenge the killing of 50 Muslims killed on March 15 in a shooting spree at two mosques in Christchurch, New Zealand, a Sri Lankan government official said Tuesday.

State Minister of Defense Ruwan Wijewardene has told the Parliament that “The preliminary investigations have revealed that what happened in Sri Lanka was in retaliation for the attack against Muslims in Christchurch”.

tweet
Share on FacebookShare on TwitterShare on PinterestShare on Reddit
Saman SiddiquiApril 23, 2019
the authorSaman Siddiqui
Saman Siddiqui, A freelance journalist with a Master’s Degree in Mass Communication and MS in Peace and Conflict Studies. Associated with the media industry since 2006. Experience in various capacities including Program Host, Researcher, News Producer, Documentary Making, Voice Over, Content Writing Copy Editing, and Blogging, and currently associated with OyeYeah since 2018, working as an Editor.
All posts bySaman Siddiqui