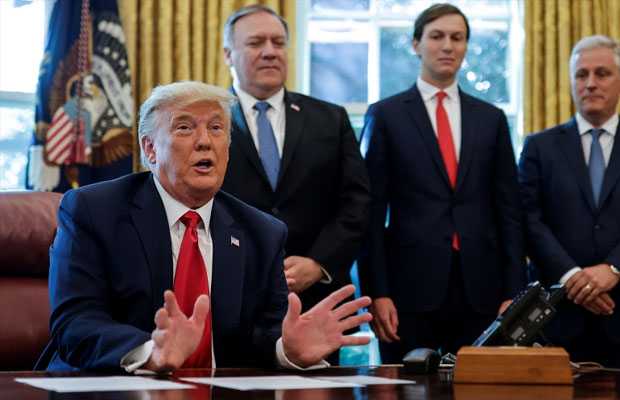 US President Donald Trump on Friday announced that Sudan and Israel have agreed to normalise ties, a development that was denounced by Palestinians as a “new stab in the back”.

According to senior US officials, the US President has sealed the agreement in a phone call with Israeli Prime Minister Benjamin Netanyahu and Sudanese Prime Minister Abdalla Hamdok and Transitional Council Head Abdel Fattah al-Burhan.

“The leaders agreed to the normalisation of relations between Sudan and Israel and to end the state of belligerence between their nations,” a joint statement issued by the three countries read.

Moments after Sudan agreed to normalize ties with Israel, Trump formally moved to remove the country from a US list of state sponsors of terrorism.

“Sudan and Israel have agreed to the normalization of relations — another major step toward building peace in the Middle East with another nation joining the Abraham Accords” that involve Bahrain and the United Arab Emirates, Trump aide Judd Deere wrote on Twitter.

Trump, in his statement, said that he expects the Palestinians and other nations, including Saudi Arabia, to also agree to closer ties with Israel in the coming months.

Note that in the past two months, Khartoum is now the third Arab government to normalise relations with Israel after the United Arab Emirates and Bahrain.

“This will be the third country where we’re doing this – and we have many, many more coming,” Trump said.