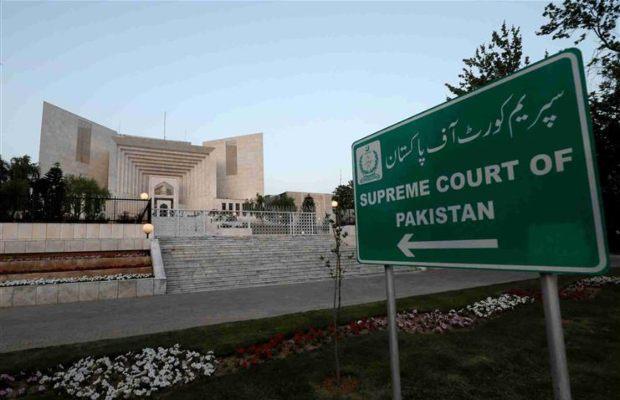 The Supreme Court of Pakistan has adjourned the hearing of one of the most crucial cases in the country’s history and will resume it on Wednesday at noon.

Chief Justice of Pakistan Justice Umar Ata Bandial said that the court wanted to wrap up the case by Wednesday (tomorrow) and they will try to deliver a verdict on the same day.

During Tuesday’s hearing, CJP Umar Ata Bandial summoned the March 31 order of the deputy speaker and minutes of the March 31 and April 3 meetings.

The CJP remarked that the rules permit tabling of the no-confidence motion.

“The Constitution cannot be made ineffective through the rules,” he added.

Justice Muneeb Akhtar remarked that in accordance with the Constitution it was mandatory to hold voting on a no-trust motion within seven days.

Justice Muneeb inquired how can the court interfere in the National Assembly’s proceedings?

Justice Jamal Khan said that not holding voting on the no-trust motion was not a procedural mistake rather it was a violation of the Constitution.

SC took suo motu notice of the constitutional crisis that erupted after the no-trust motion against PM Imran Khan was deemed “unconstitutional.”

tweet
Share on FacebookShare on TwitterShare on PinterestShare on Reddit
Saman SiddiquiApril 5, 2022
the authorSaman Siddiqui
Saman Siddiqui, A freelance journalist with a Master’s Degree in Mass Communication and MS in Peace and Conflict Studies. Associated with the media industry since 2006. Experience in various capacities including Program Host, Researcher, News Producer, Documentary Making, Voice Over, Content Writing Copy Editing, and Blogging, and currently associated with OyeYeah since 2018, working as an Editor.
All posts bySaman Siddiqui