Major agricultural damage could happen in the days to come if proper steps are not taken to protect crops from the insects. 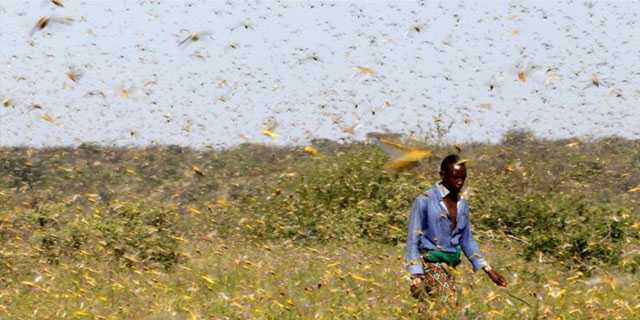 Swarms of locusts on Monday attacked fields in various cities of Sindh and southern Punjab and severely damaged cotton, mango and other crops.

According to reports, major agricultural damage could happen in the days to come if proper steps are not taken to protect crops from the insects.

Locusts, in Multan, attacked trees located in parks and at sidewalks at the Qasim Bela, Cantt, Pull Bararan, Old Shujabad road, Chowk Shah Abbas and Vehari Road areas. While mango, cotton and other crops were damaged by the locust attack in Rajanpur.

Locals in Muzaffargarh attempted to drive away a large swarm by beating drums in an effort to scare them away. Farmers have called on government to spray crops from airplanes instead to effectively ward off locusts.

In Kandhkot, locusts damaged rice saplings, grass and trees. Locals asked the government to conduct aerial spray to ensure the safety of crops.