Taizgam accident occurred due to the human and railways negligence, Sheikh Rashid 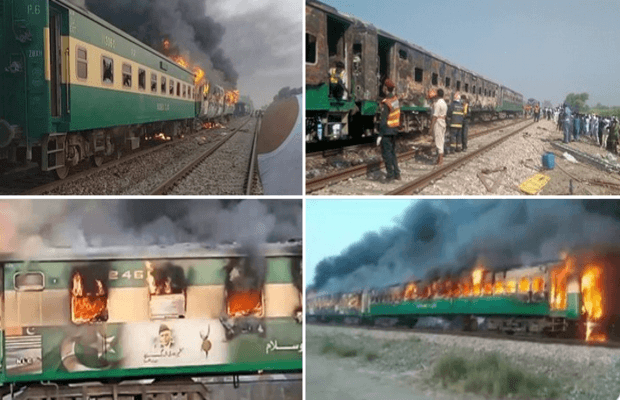 Federal Minister for Railways Sheikh Rashid has admitted that the accident occurred due to human and railway negligence.

While talking to a news channel, Sheikh Rasheed said that stopping the passengers was the job of the staff which was not done and strict action will be taken against the responsible.

Minister Railway also added that the people of Tablighi party were going to attend the Raiwind gathering that the accident occurred when the cylinder exploded while making breakfast in the morning.

However, there emerges a video message of the eyewitness to the incident, accusing that the federal minister is covering up Railway’s negligence by blaming the Tablighi jamaat people responsible for the accident.

On the other hand, social media is outraged, demanding federal railway minister to resign.

On Thursday morning, October 31, the Tezigam Express was traveling from Karachi to Lahore when a train fire broke out in three train bogies near Liaquatpur, Rahim Yar Khan. The accident claimed the lives of 73 people and more than 40 were injured