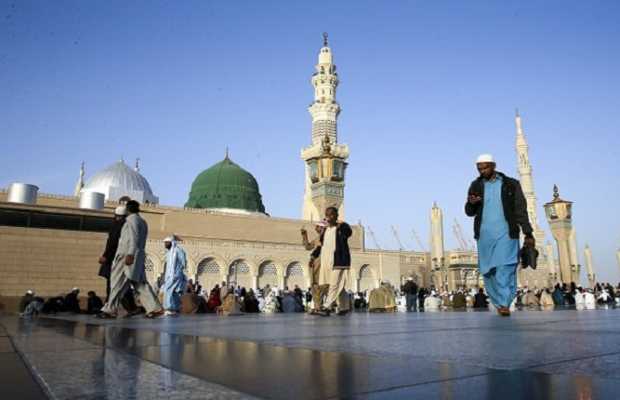 The Taraweeh prayers have been officially allowed to be held in Masjid-I-Nabvi (PBUH) during the holy month of Ramadan.

As being reported, King Salman bin Abdulaziz Al Saud, the Custodian of the Two Holy Mosques, approved the performing of Taraweeh prayer in Masjid-i-Nabvi (PBUH) during Ramadan.

The move comes as the COVID-19 vaccination drive is underway in the Kingdom which last year saw strict lockdown during Ramadan amid pandemic.

President for the Affairs of the Haramain Sharifain Sheikh Abdul Rehman Al Sudais announced the plan drawn up for Masjid Al Nabawi in Madinah on Thursday.

As per the new plans for Masjid Al Nabawi, Madinah the total capacity of worshippers in Ramadan will be 60,000 worshippers at one time (45000 inside and 15000 outside) under social distancing measures (inside and outside the masjid).

Masjid Al Nabawi will close half an hour after the Taraweeh prayer and will reopen two hours before the Fajr prayer (except for the last ten days of Ramadan during which it will remain open 24/7), the plan states.

Furthermore, praying in the Rawdah will be reserved for Imams, workers, and funeral attendees.

Worshippers will be allowed to pray in the masjid, outside, and on the roof. It will be regularly inspected.

Meanwhile, plans for Iftar and Iti’kaf are be announced which is expected in the coming days after recommendations from the Kingdom’s  Ministry of Health.

Saudi Arabia re-opened the Prophet’s Mosque in Madinah last year in May with precautionary measures after closing it down for two months as part of the Kingdom’s efforts to limit the spread of coronavirus across the country.