Tariq Fatemi has been De-Notified from foreign affairs portfolio

Tariq  Fatemi is a retired diplomat who holds a long association with the ruling PML-N. 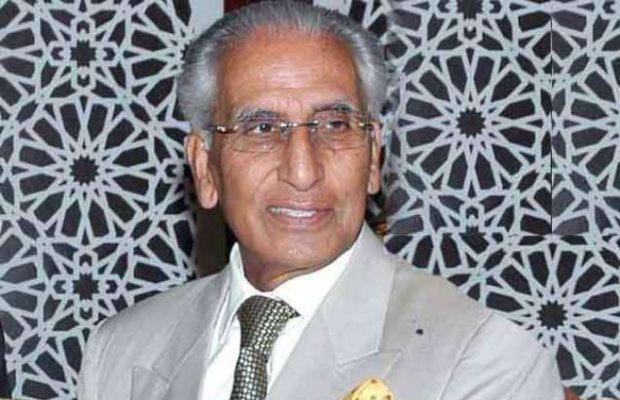 Tariq Fatemi has been De-Notified from the foreign affairs portfolio!

The development comes on Thursday, a day after Tariq Fatemi was appointed as special assistant to the prime minister on foreign affairs.

Prime Minister Shehbaz Sharif withdrew the portfolio of foreign affairs from Tariq Fatemi on Thursday and he also approved a change in the portfolio of Federal Minister Ehsan Mazari from Human Rights to Inter-Provincial Coordination.

According to a federal government notification, Tariq Fatemi will continue to serve as special assistant to the prime minister (SAPM).

“In partial modification of this Division’s earlier notification of even number dated April 20, 2022, the prime minister, in terms of rule 4(6) of the Rules of Business, 1973, read with serial number 1A of Schedule V-A of the said Rules, has been please to appoint Syed Tariq Fatemi as ‘Special Assistant to the Prime Minister’ and grant him the status of minister of state,” the notification dated April 20 read.

Fatemi has also been granted the additional status of a minister of state.

Tariq  Fatemi is a retired diplomat who holds a long association with the ruling PML-N.

Fatemi had served as the SAPM on foreign affairs during the previous PML-N government under Nawaz Sharif.

Reportedly he was removed in 2017 for his alleged role in ‘Dawn leaks’.

Reacting to the development, PTI leader Fawad Chaudhry said that withdrawing the name of Tariq Fatemi from the foreign affairs portfolio is a good decision.

“Taking back the portfolio of foreign affairs from an ill-famed agent like Tariq Fatemi is a good decision. Similarly, a portfolio of defence ministry should be taken back from a person like Khawaja Asif who is an enemy of Army. The families of martyrs and conquers are deeply concerned about giving defence ministry to such a person,” Fawad Chaudry said in a tweet.

tweet
Share on FacebookShare on TwitterShare on PinterestShare on Reddit
Saman SiddiquiApril 21, 2022
the authorSaman Siddiqui
Saman Siddiqui, A freelance journalist with a Master’s Degree in Mass Communication and MS in Peace and Conflict Studies. Associated with the media industry since 2006. Experience in various capacities including Program Host, Researcher, News Producer, Documentary Making, Voice Over, Content Writing Copy Editing, and Blogging, and currently associated with OyeYeah since 2018, working as an Editor.
All posts bySaman Siddiqui