Two people have been killed in a church shooting near Fort Worth in Texas. 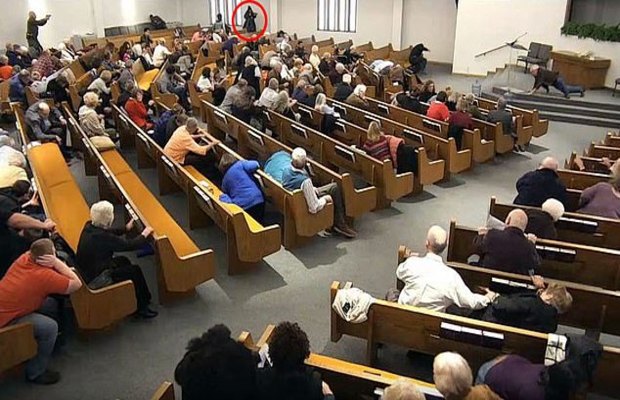 A gunman opened fire inside the packed church near Fort Worth in Texas on Sunday, during a live-streamed service killing one on the spot, before he was shot dead by an armed member of the congregation.

Reportedly, another person who was critically injured died en route to the hospital.

The shooting was reported on Sunday morning during the 10 am service at the church.

Trusty said she was told by a supervisor at the scene that one of the people who died was the shooter.

A third person in critical condition and is being treated at a hospital. All of the victims are male, she further added.

According to WFAA, in the video, a person wearing a large coat can be seen standing up and pulling out either a rifle or a shotgun as the communion was finishing up.

According to the news source the authorities have not yet released any details what led to this shooting.

tweet
Share on FacebookShare on TwitterShare on PinterestShare on Reddit
Saman SiddiquiDecember 30, 2019
the authorSaman Siddiqui
Saman Siddiqui, A freelance journalist with a Master’s Degree in Mass Communication and MS in Peace and Conflict Studies. Associated with the media industry since 2006. Experience in various capacities including Program Host, Researcher, News Producer, Documentary Making, Voice Over, Content Writing Copy Editing, and Blogging, and currently associated with OyeYeah since 2018, working as an Editor.
All posts bySaman Siddiqui