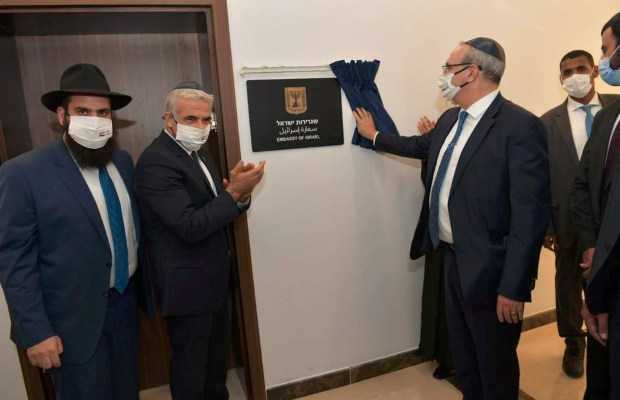 Israeli foreign minister Yair Lapid inaugurated its embassy in the United Arab Emirates on Tuesday and offered an olive branch to other former adversaries, saying: “We’re here to stay.”

Yair Lapid’s two-day visit is the first to the Gulf state by an Israeli cabinet minister since the countries established ties last year.

“Israel wants peace with its neighbors – with all its neighbors. We aren’t going anywhere. The Middle East is our home,” Lapid said during the ribbon-cutting ceremony at the Abu Dhabi high-rise office serving as a temporary embassy. 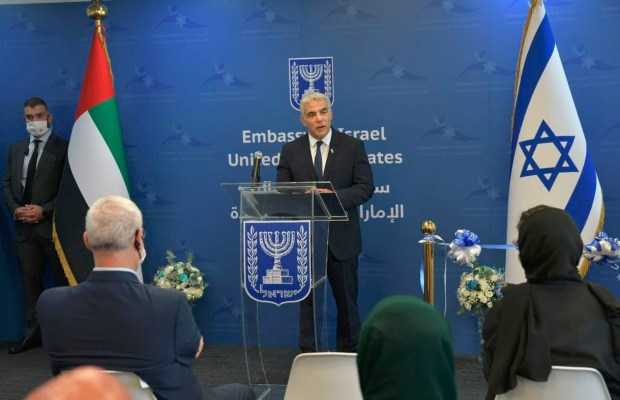 “We’re here to stay. We call on all the countries of the region to recognize that and to come to talk to us,” he said.

Israel’s foreign minister will open an Israeli consulate in Dubai on Wednesday, in the first official Israeli visit to the United Arab Emirates since the two countries normalized relations last year.