The Power of Twitter takes #FarmersProtest to the Global Level

Tweets from international celebrities have brought a social media storm in India. 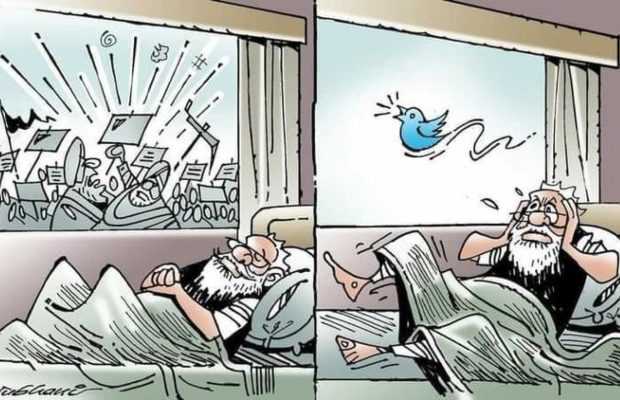 Since November, thousands of farmers have encamped outside the Indian capital city New Delhi, are protesting against the farm laws passed in September.

And just a few days ago the #FarmersProtest went global with just a single tweet by the American pop singer Rihanna who has more than 100 million Twitter followers.

Rihanna had written just a single line wrote “why aren’t we talking about this?!”, with a link to a news story about an internet blackout at protesting sites.

The citizens of the world’s largest democracy came out hitting at the US singer, and other celebrities who voiced support for #FarmersSupport, while India’s foreign ministry called Rihanna“sensationalist”.

“The temptation of sensationalist social media hashtags and comments, especially when resorted to by celebrities and others, is neither accurate nor responsible,” said the foreign ministry on Wednesday.

And that’s what we call the power of Twitter, Rihanna’s single post was retweeted by more than one million people.

I still #StandWithFarmers and support their peaceful protest.
No amount of hate, threats or violations of human rights will ever change that. #FarmersProtest

#India: We call on the authorities and protesters to exercise maximum restraint in ongoing #FarmersProtests. The rights to peaceful assembly & expression should be protected both offline & online. It's crucial to find equitable solutions with due respect to #HumanRights for all.

Self-educate. Question everything. Don’t be a sheep in a world of wolves.

Tweets from international celebrities have brought a social media storm in India.

A number of Indian celebrities came out calling international celebrities terming these protests their internal matter without realizing that such behavior is humiliating the face of democracy in India.

A number of Cricketers including Sachin Tendulkar,  Bollywood singer Lata Mangeshkar, and actors and directors, including Anupam Kher, Akshay Kumar, Suniel Shetty, and Karan Johar, joined the bandwagon against the international celebrities labeling them foreigners ”, using the same hashtags promoted by the government.

It has become the biggest challenge to Hindu nationalist Prime Minister Narendra Modi since he took power in 2014.

Don’t fall for any false propaganda against India or Indian policies. Its important to stand united at this hour w/o any infighting 🙏🏼#IndiaTogether #IndiaAgainstPropaganda

India’s sovereignty cannot be compromised. External forces can be spectators but not participants.
Indians know India and should decide for India. Let's remain united as a nation.#IndiaTogether #IndiaAgainstPropaganda

Here is how social media reacts to Indian celebrities’ tweets hiding behind the government.

One of my favourite photos: soaking wet and sharing a cup of tea with Prime Minister Modi after our @Discovery jungle adventure together. This moment reminds me of how the wild is the ultimate leveller. We are all the same behind the titles and masks. #adventureunitesus pic.twitter.com/9EQPAeUOLO

Time he changes his name to $adhguru.

Will say anything you want for $$. pic.twitter.com/LLPbZwkUol

It is those times ….when the ones whom you adored playing a BALL game.. continue to play without them too .. #FarmersProtest #IStandWithFarmers #justasking

In the Indian farmers vs Indian govt match, #SachinTendulkar is batting for the govt.

As being reported, responding to Twitter reactions, the Indian government had threatened Twitter with “penal action” for unlocking 250 accounts and tweets on the farmers’ protests that the US company had earlier blocked.

The microblogging site did take an initial action following a government notice however, the decision was reversed after a few hours.