It has now revealed that the video is not from Karachi, but it is in fact from India 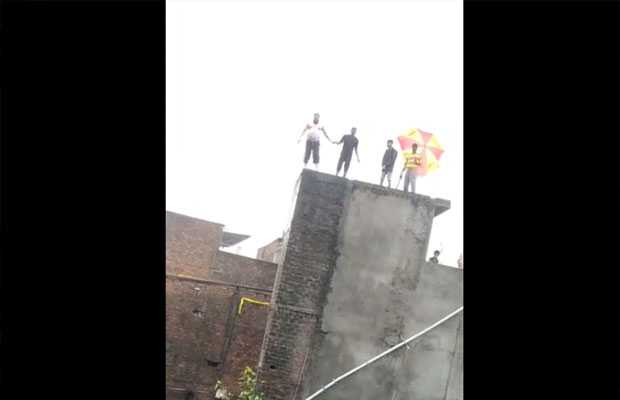 Amidst the heavy downpour in Karachi on Tuesday, a video started circulating on internet showing a man diving from his rooftop into the flooded rainwater.

Soon after the video emerged on the social media, took the attention of internet users— who in no time and also without proper authentication started sharing from their ends.

The social media users— while sharing the viral video claimed that it was from one of Karachi’s neighbourhood Surjani Town and the man in the short clip was a resident of the area who was enjoying diving in the flooded water.

However, it has now revealed that the video is not from Karachi, but it is in fact from India and it is a tempered one.

It has also been revealed that the original video was taken from India, where a man can be heard about jumping into the Ganga Nadi.