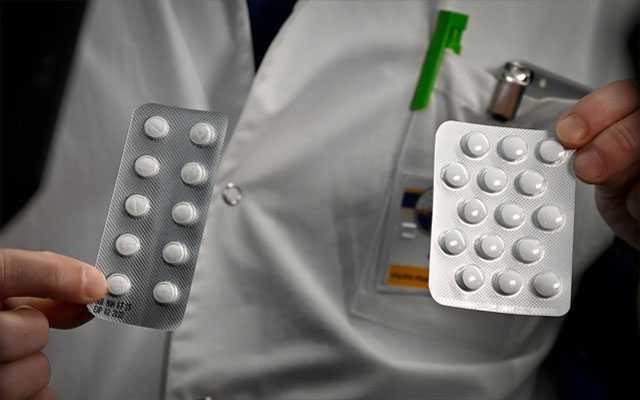 More than 220,000 people have signed a petition in three days calling for French officials to urge more doctors prescribe the anti-malaria medicine chloroquine for people contracting COVID-19, a controversial proposal that has divided health experts worldwide.

As per the official guidelines the drug may currently only be used in hospital for patients.

Support for the treatment has gained ground as doctors try to keep the COVID-19 outbreak from overwhelming hospitals, with some saying early use of chloroquine and similar treatments could keep symptoms from worsening to the point that intensive care is needed, AFP reported.

On Monday, three of France’s most senior doctors wrote an open letter backing chloroquine drug use.

In the absence of vaccine for the highly contagious virus, “we think it is legitimate, given preliminary results, to implement a new strategy,” the doctors wrote in Le Figaro, a French daily morning newspaper.

The French debate was fueled by “favorable” findings from a microbiologist who has been treating dozens of patients at the hospital department he runs in Marseille.

Didier Raoult’s results, however, have been critiqued by other doctors who warn of potentially dangerous side effects of the drug, and last month France issued a decree against prescribing chloroquine to all but the most severe COVID-19 cases.

Earlier, US President Donald Trump has cited Raoult’s work to push for chloroquine use despite restraint from his own health advisers, asking “What do you have to lose?” at a briefing in Washington on Sunday.

France’s Health Minister Olivier Veran on Saturday again urged caution, saying initial results from clinical studies on chloroquine and other potential coronavirus treatments would be available in the coming days.