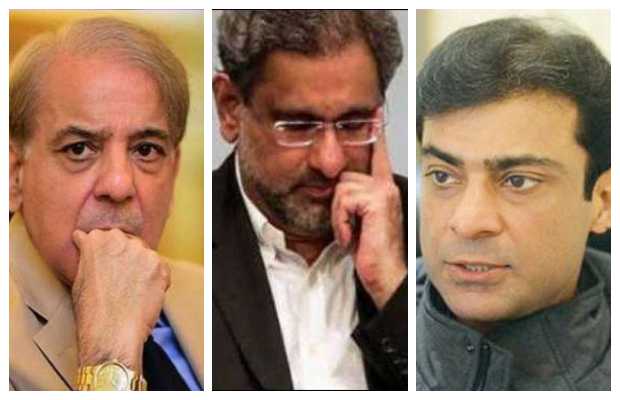 According to the details, the spokesperson NAB told that the first reference has been approved against PML-N leaders Muhammad Shehbaz Sharif, Muhammad Hamza Shehbaz, Salman Shehbaz, and others, over the alleged increase of assets beyond means to the tune of Rs7,328 million.

“For the said assets, the accused persons laundered disproportionate funds under foreign remittances and loans — that had been proved fake,” said the spokesperson.

“The accused were also operating benami companies held in the name of their employees or associates to place the proceeds of crimes for their benefits,” he added.

The spokersperson further revealed that the second reference has been approved against the Ministry of Foreign Affairs’ officers and others for corruption and corrupt practices in the sale of the Embassy of Pakistan in Jakarta, Indonesia.

“Between 2001 and 2002, Major General (retd) Syed Mustafa Anwar Hussain, while posted as the ambassador of Pakistan to Indonesia, sold the building of the Pakistan embassy in Jakarta at “a throwaway price through a non-transparent procedure and without lawful authority”, according to the spokesperson.

The accused had caused a damage of $1.32 million to the national exchequer, he said.

The accountability bureau leveled the allegation that the accused— through a non-transparent process, awarded the LNG Terminal-1 contract.

The accused public office holders “misused their authorities in active connivance with each other to give wrongful gains of Rs14.146 billion to EETL/ETPL/ECL in connection with LNG Terminal-1 of EETL and also caused a wrongful loss of Rs7.438 billion, approximately, for non-utilisation of unused capacity of second LNG Terminal of PGPL from March 2015 to September 2019”.