According to ISPR, four other soldiers have also sustained injures during the operation. 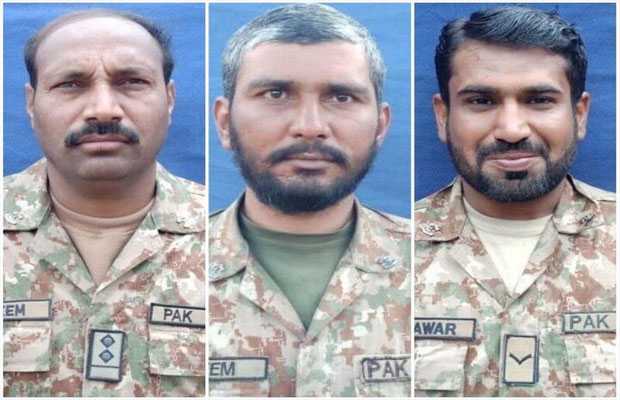 At least three soldiers were martyred during a search operation carried out by security forces in South Waziristan, Inter-Services Public Relations (ISPR) said.

According to the statement released by the military’s media wing, three soldiers were martyred as terrorists fired at security forces’ blocking position during the operation.

According to ISPR, four other soldiers have also sustained injures during the operation.

Earlier in June, two soldiers were martyred and one terrorist was killed during an exchange of fire between a patrolling party of the security forces and a group of terrorists.

“Captain Sabih and Sepoy Naveed embraced shahadat; while two other soldiers sustained injuries during the incident,” the statement released by ISPR had said.