The cause of the fire not known so far. 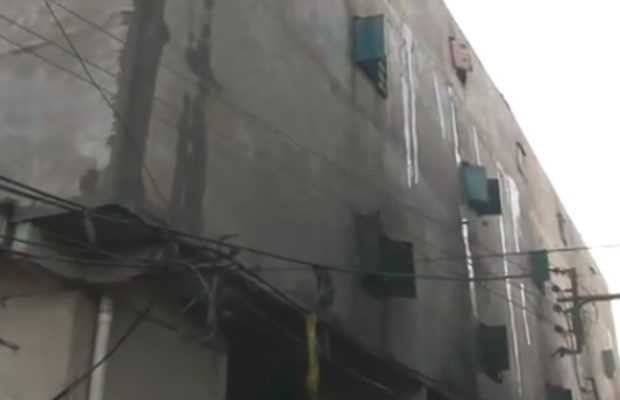 Three workers burnt alive in a fire at a thread factory in Baldia Town Sector 5, Karachi.

As being reported a fire erupted on the third floor of a threat factory Wednesday night and engulfed the entire building.

The three killed workers were identified as Ali Sher, Mohammad Kazim, and Fayyaz. Their bodies were recovered from the third floor of the factory.

According to the eyewitnesses, there was no emergency exit in the factory that resulted in the loss of lives of workers who were trapped inside after the fire.

Factory owner taking to the media alleged that the fire brigade arrived late, causing loss of life and property.

While the father of deceased Ali Sher told media that his son came out of the factory during the fire, but went back in to help evacuate others.

Chief fire officer Mobin Ahmed said the blaze has been brought under control with the help of a snorkel and four fire brigade vehicles and the cooling process is underway.

While the Sindh minister Sohail Anwar Siyal has assured of an inquiry against both the fire brigade and the factory owner.

If there was any negligence from the fire brigade, action will be taken, he added.