Police arrested Rambo with other seven people involved in the case 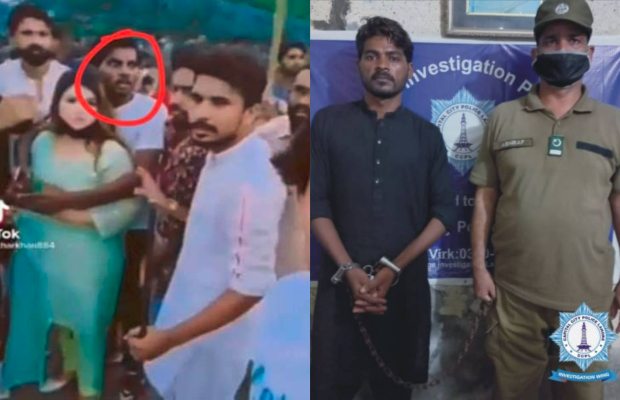 Minar-e-Pakistan incident inquiry has taken a new turn as the theTiktoker Ayesha Akram names her partner Ramo of blackmailing and planing the 14th Aug event.

The incident had sent shock waves across the country after a viral video showed a group of men attacking a girl, identified as the TikToker Ayesha Akram, tore off her clothes, and tossed her in the air, in broad daylight at Lahore’s Greater Iqbal Park.

Ayesha Akram had gone to Greater Iqbal Park on Independence Day along with friends to make a TikTok video.

However, a day earlier the victim, of the harassment case, declared her friend Sohail alias Rambo and Badshah with 11 other people as blackmailers in an affidavit submitted to the police.

As per the source, the Lari Adda investigation police raided TikToker Badshah house in Rawalpindi but the accused had fled.

In the affidavit, she also mentions a name of a boy “Badshah” who has formed a gang of TickTockers for blackmailing people to make money.

The DIG Police has confirmed that they had arrested Rambo with other seven people involved in the case, while the others would be arrested soon.

Rambo has been arrested.

Now arrest Iqrar ul Hassan and Yasir Shami because they are the main culprits.#AyeshaAkram pic.twitter.com/1AgSwZZriu

Ayesha Akram Baig has submitted a written affidavit with her signatures to the Deputy Inspector General (DIG) Police Sharq Jamal Khan, declaring that the accused Rambo had made the plan to go to Greater Iqbal and took her to the spot.

She said that Rambo along with his colleagues had made some compromising videos and was blackmailing her, adding that he had received Rs one million from her. Furthermore, she was also paying half of her salary to Rambo every month due to his blackmailing against the nasty videos.

Following the incident, the police had registered a case against 400 people allegedly involved in the incident, and investigations are underway.