The video-sharing platform is turning out to be a killer app. 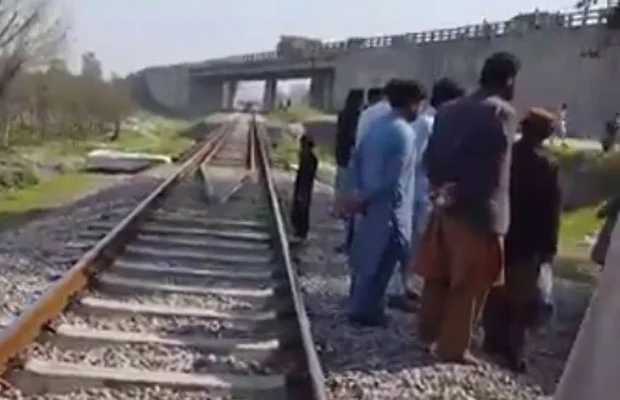 A TikToker was killed after colliding with a train in the Nowshera city of Khyber Pakhtunkhwa.

As being reported, the young man was making a TikTok video when he was hit by the train and died on the spot.

The video made by the deceased on the railway track in the Amangarh area of ​​Nowshera has gone viral on social media.

But due to the graphic nature of the content, we are not sharing the video on our platform.

The young man has been identified as a 20-year old Mansoor. He was making the video when the train arrived on the railway track.

The video-sharing platform is turning out to be a killer app. Numerous other incidents of such nature have been reported earlier from various cities of Pakistan.

In a simar accident in January 2020, a boy Sonu Singh, hailing from Nowshera District, Khyber Pakhtunkhwa, was killed when he was hit by a train while filming a TikTok video.

Another heart broken incident my Cusin young Son (Sonu Singh) dead hitting by Train from back side due to making Tiktok with Headphone in his ears on Railway Track. Now he is in 5 pieces, Kindly ignore these type of Apps & please stop your children from this. Rest in Peace pic.twitter.com/PLWsWmKSTQ

Last year in April 2020, a boy was killed in a similar train accident in Karachi’s Landhi area.

According to police, Kashif Irshad, a 20-year-old resident of was sitting on the main railway line near Bhais Colony Road no 1 around 6.30 pm.

He was making a TikTok video on his mobile phone when he was hit by the Karachi to Hyderabad going Local train.

Meanwhile, a young man accidentally killed himself in Karachi’s Gulshan-e-Maymar area while filming a TikTok video in November 2020.

The 20-year-old man, named Ghulam Shabbir was employed at a flour mill as a security guard accidentally took his own life while he was filming a TikTok video.

All social media users are urged not to use such apps and parents must try to keep their children away from such activities.