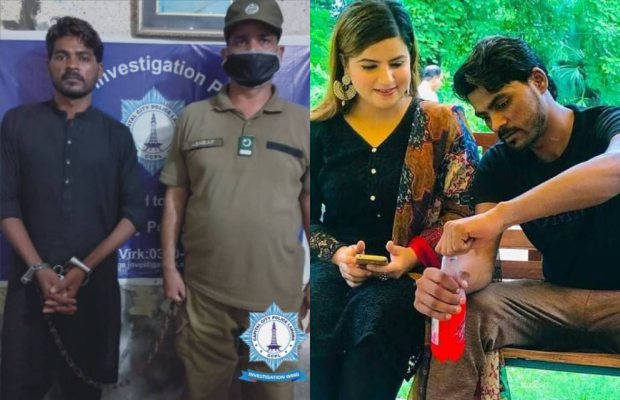 A local court in Lahore has granted four-day physical remand of Rambo.

During a court appearance on Saturday, Rambo speaking to the media said that he had tried to save Ayesha’s life.

“This is how one is repaid for saving someone’s life. The lesson here is that one should not help anyone.”

He alleged that Ayesha wanted to take Rs500,000 from each of the suspects in the case.

“When I tried to convince her not to do so, she used foul language and threatened me that if I did not accept her demands, I may have to face jail,” he further alleged.

He claimed, “Everything between me and Ayesha occurred with mutual consent.”

Policemen who made Rambo’s video in prison arrested

On the other hand, four policemen who had made video footage of Rambo, one of the suspects in her ‘molestation’ case, in the lockup, were arrested on Saturday.

According to the FIR, the in-charge investigation, sub-inspector Ramzan, a Muharrar, Naib Muharrar, and the driver by making the footage had tried to affect the investigation into the case.

The video clip is now doing rounds on social media.

Rambo has been arrested.

Now arrest Iqrar ul Hassan and Yasir Shami because they are the main culprits.#AyeshaAkram pic.twitter.com/1AgSwZZriu

the victim of the harassment case declared her friend Sohail alias Rambo and Badshah with 11 other people as blackmailers in an affidavit submitted to the police.

The DIG Police has confirmed that they had arrested Rambo with other seven people involved in the case, while the others would be arrested soon.