Narendra Modi has committed a historic blunder by revoking Article 370 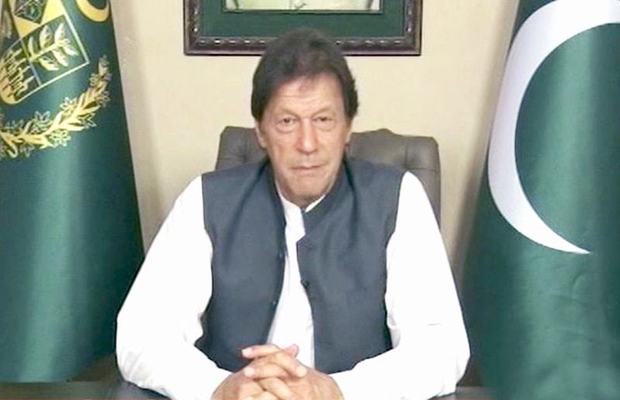 Prime Minister Imran Khan says that the time had come for Pakistan’s Kashmir policy to take a “decisive” turn, as he addressed the nation on Kashmir issue and the government’s future strategy on the situation in the occupied region.

In a televised message on Monday, PM said, “When my government came into power, my first priority was to generate peace in the country. India and we share many problems; unemployment, inflation and climate change, etc.”.

“So we wanted to be friends with everyone. From the start of our term, we made many overtures for dialogue [to India] but there were always some problems. They (India) would look for opportunities to accuse Pakistan of terrorism,” the prime minister said.

“First they had elections coming up, so we waited for that to be over, we thought when elections would be over, the situation will be different. Then Pulwama happened; a Kashmiri man blew himself up.

“India, instead of introspecting, pointed fingers at us. After the elections, we saw that they tried their best to bankrupt Pakistan and tried to have Pakistan ‘blacklisted’ at FATF (Financial Action Task Force).

“That is when we decided we should not hold any talks with them because we realized they had a different agenda,” he added.

“With the annexation of Kashmir on August 5, India violated its own constitution and other human rights’ charters in the world. With this, the country only promoted the ideology of the Indian right-wing, Hindu nationalist party Rashtriya Swayamsevak Sangh (RSS) which has branded its popularity based on hate for Muslims,” PM Imran added.

“India has fallen prey to the RSS’ fascist beliefs, the one that thinks that Hindus are supreme. This is the same ideology that has led to many violent riots in the neighbouring India, which has given birth to many terrorists,” he said.

Highlighting differences between the RSS ideology and that of Pakistan, PM added, “Our beliefs are grounded in the Prophet Muhammad’s (PBUH) message of love and peace”.

“Narendra Modi has committed a historic blunder by revoking Article 370,” he went on adding that, “However, we took the issue on a global level and sought international help by making it an international dispute.”

“Additionally we received the help of international help as well, which played a vital role in highlighting the issue,” he further added.

Shedding light over government’s next plans over Kashmir PM Imran Khan said: “Like I said I will play the role of Kashmir’s ambassador to the world. I will bring to the fore the issue on all possible platforms. I will also highlight the message during my United Nations’ speech as well so that the entire world is united under one cause. I will put emphasis on all possible occasions across the world.”

“Our biggest achievement is that the western media is now taking notice about the horrific Indian atrocities, something that never happened before”, he continued.