A crackdown has been launched on the party in several major cities, media reports 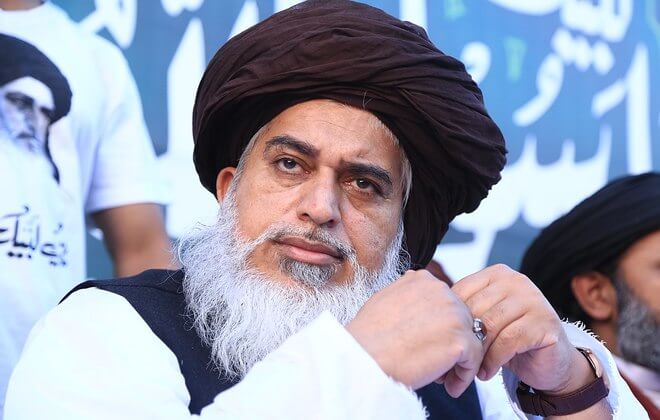 Tehreek-i-Labbaik Pakistan (TLP) Chief Khadim Hussain Rizvi has been taken into custody by law enforcement agencies in Lahore from his residence.

According to the sources law enforcers carried out an operation on Multan Road in Lahore and arrested at least 50 members of the TLP, including the party chief.

The news was confirmed by Khadim Hussain Rizvi’s son while talking to media. Further arrests are being reported in the ongoing crackdown again TLP and its members. However, there hasn’t been any official statement released from Punjab Government so far.

As being reported this crackdown comes ahead of Rizvi’s call to party members to observe martyrs’ day on November 25. He had asked workers and supporters to gather at Faizabad in the federal capital.

In Karachi, there are reports of clash between TLP’s supports and law enforcement agencies. There are also reports of shelling by the Police at the Numaish Chorangi.