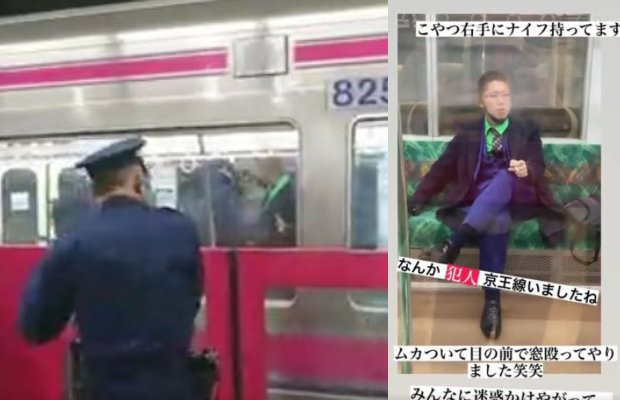 At least 10 people were injured in the incident as many party-goers headed into the city center for Halloween gatherings, local media reported.

According to an eyewitness account, at first, it was thought of as a Halloween prank but things turned out ugly.

After stabbing the attacker then poured gasoline and set everything on fire.

Police arrested the suspected attacker on the spot, the local media reported.

The attack occurred on the Keio express line bound for Shinjuku, the world’s busiest rail station, at around 8 pm(1100 GMT), the media reported.

A number of video clips referring to the stabbing incident in Toko are now doing rounds on social media.